Confirming the power of live video interaction in the political arena, Republican Convention President and CEO Maria Cino today announced Ustream.TV as the event’s Official Live Video Streaming Provider. The announcement was made during a news conference broadcast live over the Convention’s official Ustream.TV channel, featuring Cino and our very own, Brad Hunstable. 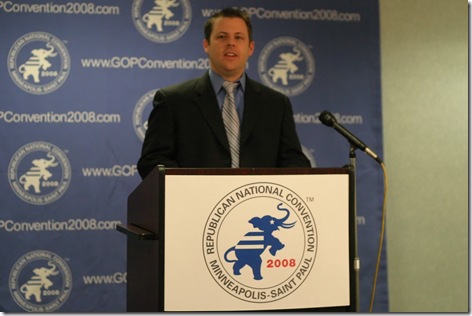 “Partnering with Ustream.TV sends a clear message that the Republican Party wants the Internet generation and all people – from Party loyalists to casual observers – to be part of the 2008 Republican National Convention,” said Cino. “Anyone with computer and Internet access will be guaranteed a front-row seat to history through www.GOPConvention2008.com, as we formally nominate the next President and Vice President of the United States.”

In addition to live gavel-to-gavel coverage of the convention, the Ustream.TV broadcasting platform will be used to proactively engage bloggers and traditional media outlets unable to travel to Minneapolis-Saint Paul for the event. As part of the pioneering effort, convention and other Republican officials will be scheduled to participate in live video web chats and other online interviews, using Ustream.TV’s platform, leading up to and during the Republican National Convention.

“The Republican Party continues to embrace innovative means to communicate our strong message to the American people and the rest of the world,” said Republican National Committee Co-Chair and Convention Chairman Jo Ann Davidson. “New and existing mediums alike are being utilized to promote the ideas of lower taxes and less government; keeping America secure; and letting patients and doctors, not government, make important health care decisions.” 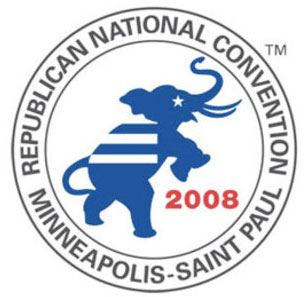 The 2008 Republican National Convention will be held at Saint Paul’s Xcel Energy Center from September 1-4, 2008. Approximately 45,000 delegates, alternate delegates, volunteers, members of the media and other guests are expected to attend the convention. Minneapolis-Saint Paul is expected to receive an estimated $150-$160 million positive economic boost from the four-day event. For more information about the 2008 Republican National Convention, please visit our website at www.GOPconvention2008.com.

Check out the bubbling blogsphere buzz that has beaten us to the punch here and here.