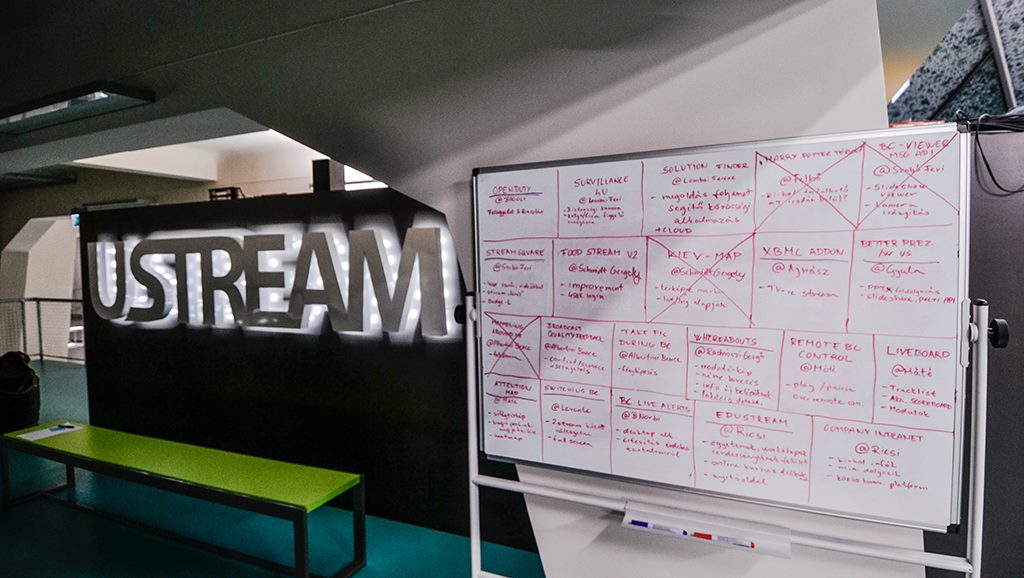 In the previous blog post (What the heck is Hackathon?) we talked about the premise and importance of this 24-hour coding contest, and how it brings people together to collaborate on a common project. All in the name of one mighty goal – to make the Ustream service better!

Not only the wide palette of ideas, but the team names themselves were injected with a healthy dose of creativity. We had Cougar Petting Trolls, A-Team, Geolition, The Fruit Loops, Screamo Mariachis, Call of Duty and Red Ducks, just to name a few.

But, lets take a look what they were working on through this hackathon recap. Here are the 11 project and ideas:

Streamsquare social network (Cougar Petting Trolls):
People go to places and check in on Foursquare, but from now they can broadcast the venues they are at, so others can see what is actually happening there. People get points and badges based on the time they spend there and the feedback from users who saw their streams.

In 24 hours they have developed a working web and native Android and iOS application prototypes and won the Hackathon competition! 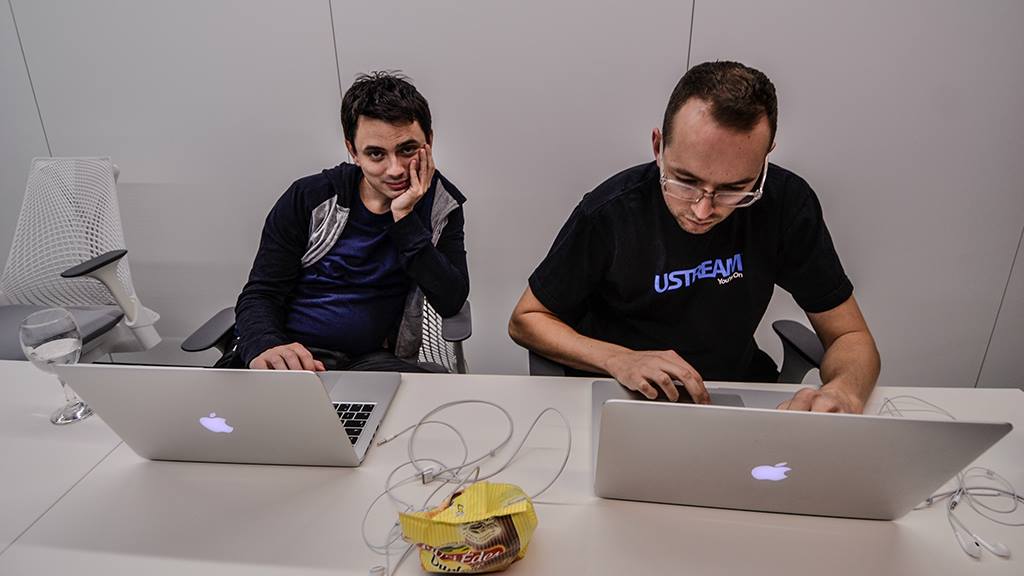 Edustream (Eduteam):
Edustream is a sub-brand of Ustream, where people can find educational contents from all around the globe. This development is to educate and inspire millions of users, find great tools, affordable pro services and support or broadcast live as you strengthen your remote and homebound students engagement.

At the end of the competition the team created a communication & marketing strategy for the project, the output of which was a well-designed lead generating website.

Ustream attention map (Geolition):
This project focus was to develop a live attention map to present current streams in real-time. Users could browse on the world map and detect interesting peaks (popular streams) anywhere on the globe, and easily preview the content.

The team built a working prototype where the number of streams was visualized on a world map and previews of the streams were instantly available.

The prototype of the app was developed to Windows desktop and Android mobile platform. 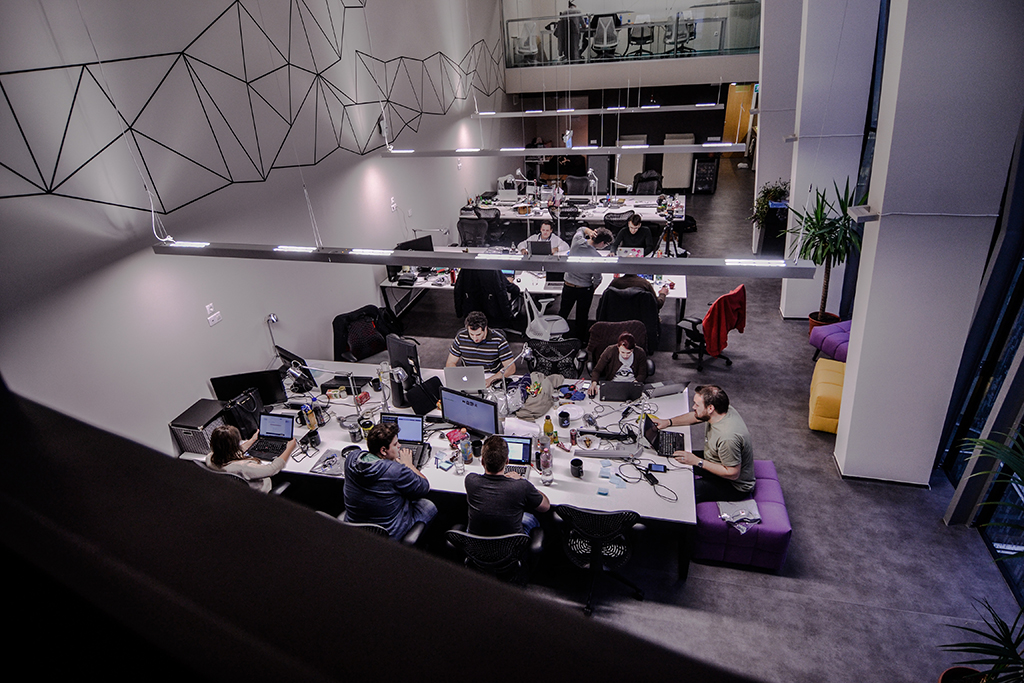 OpenDuty (Call of Duty):
OpenDuty project was built to provide a proper alerting system for Ustream teams with on call duty. The solution handles duty rotation, escalation, SMS and phone notification as well.

An internal SMS gateway, a Pagerduty compatible REST API, and a basic admin dashboard was developed to the end of the competition.

Solution finder helper service (Ignore the White Elephant):
The concept implication was to develop a Chrome extension that could work as a search engine tool, that registers the search terms and the visited sites, then helps finding the solution faster.

Since there were no developers available, the team created a concept of their solution and presented in during the demo. 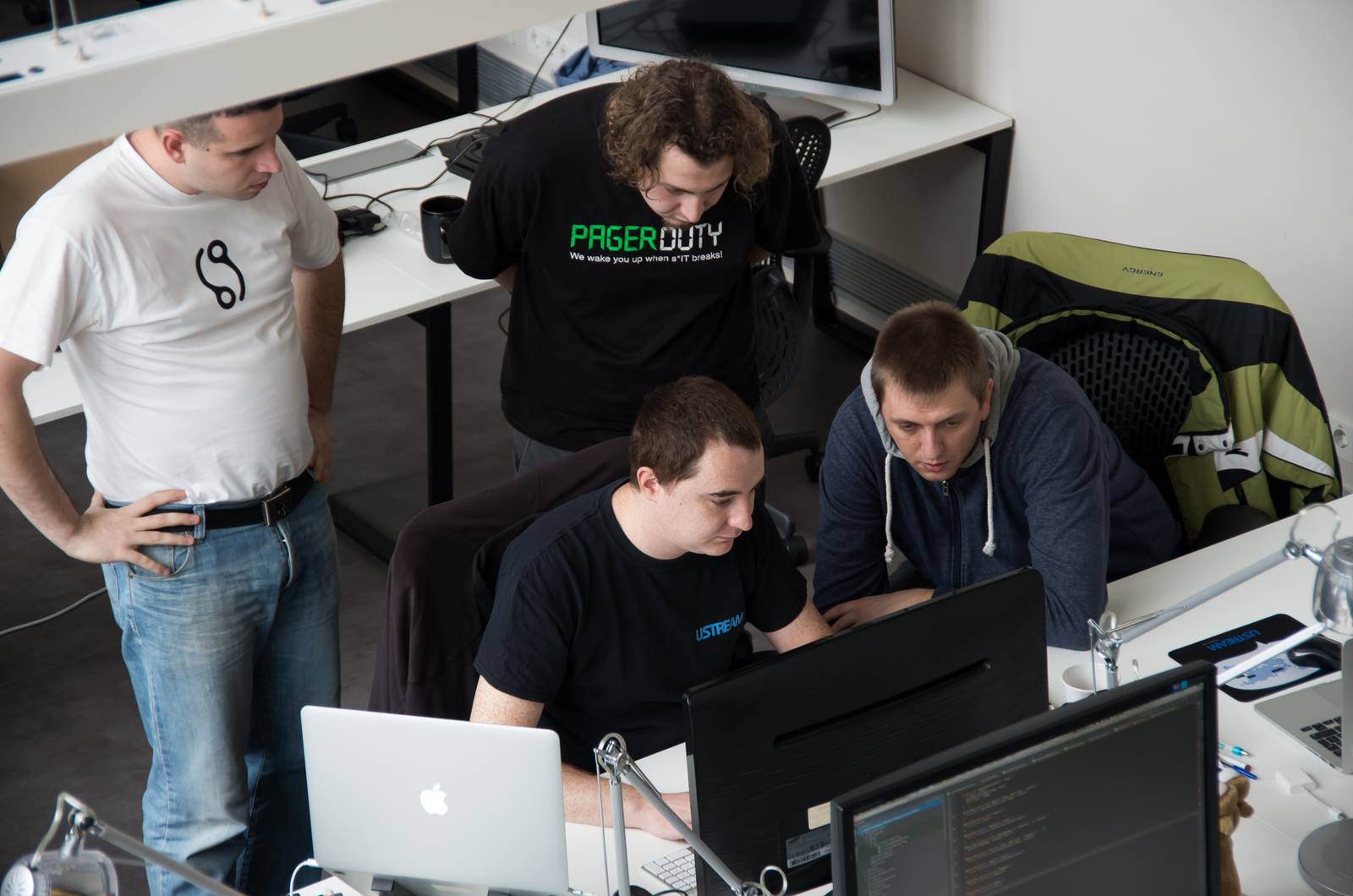 Whereabouts for Ustream Budapest (Red Ducks):
The project intention was to  provide a contextual office map of Ustream Budapest with advanced search for colleagues and meeting rooms, showing the real-time locations of co-workers (based on wifi data), with calendar integration and many more features.

A user interface with the office map was designed and the search functionality, user profiles and calendar integration was developed.

Foodstream for Ustream Budapest (Screamo Mariachis):
This Foursquare-based app helps colleagues of Ustream Budapest decide where to eat in the neighbourhood. They could also browse among places on a map and see how popular are they (based on check-ins and tips of colleagues).

The team developed a prototype where users could login with their Foursquare accounts and browse the relevant places on a map and see each others lunch plans (when & where). 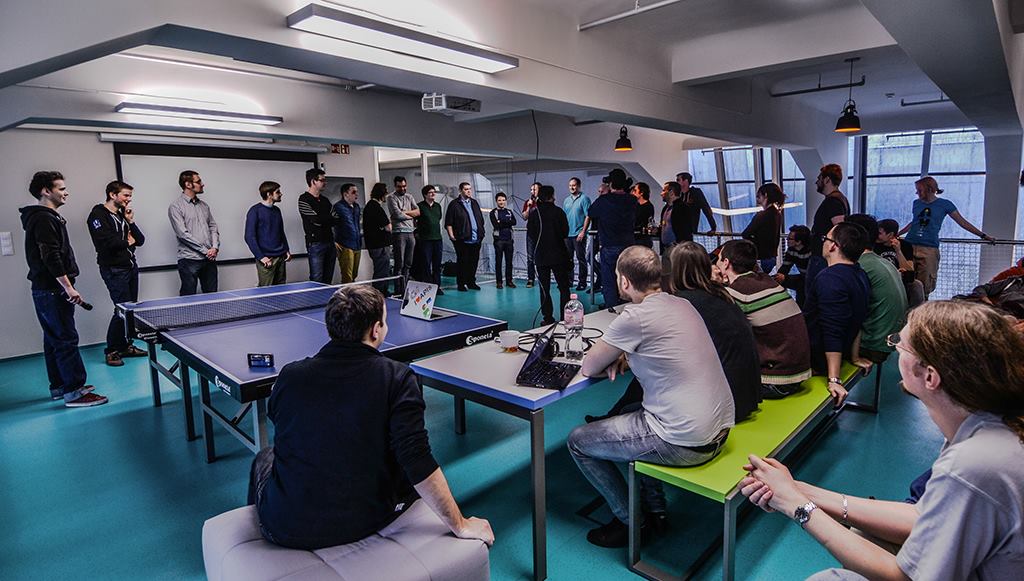 XBMC add-on (The Fruit Loops):
XBMC is a popular OS for HTPC (media center) computers that has no Ustream add-ons so far.

The team intention was to develop an add-on so that XMBC users would be able to browse,  filter and play the available streams on their media centers.

The XBMC add-on was developed and was successfully run on a media center to browse and watch Ustream content. 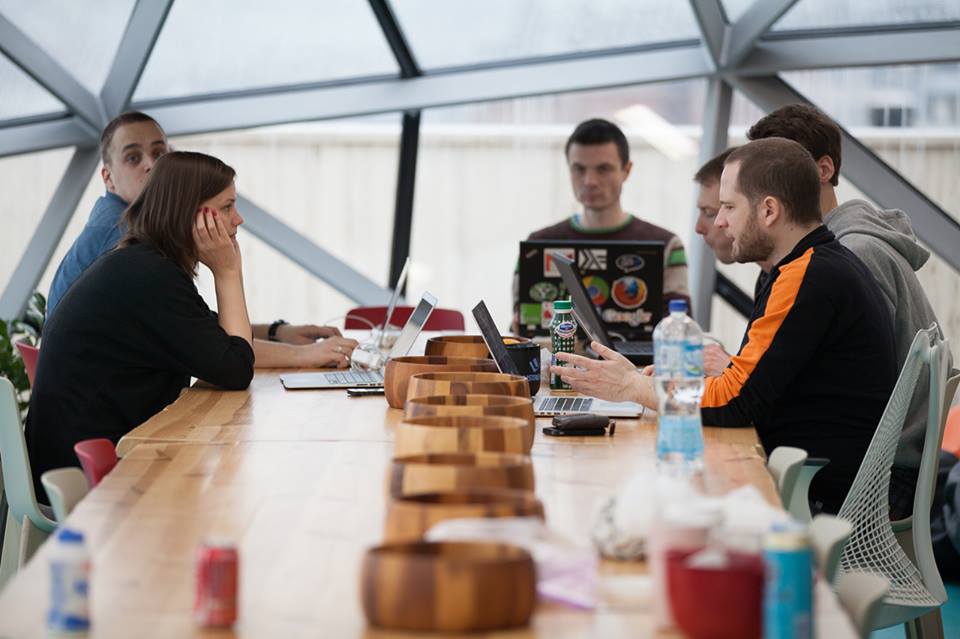 The team built a working prototype of the full screen Ustream player with an editable list of favorite channels where users could switch between them with keyboard shortcuts. Quick switch was also available so that the secondary channel was displayed picture-in-picture. The solution was designed to support remote controls, too, and an advertising strategy was also created.

Ustream to keep the development of these projects alive, created the Ustream Lab, to provide dedicated time and a place for Ustreamers to keep up with the work and bring their ideas to live! 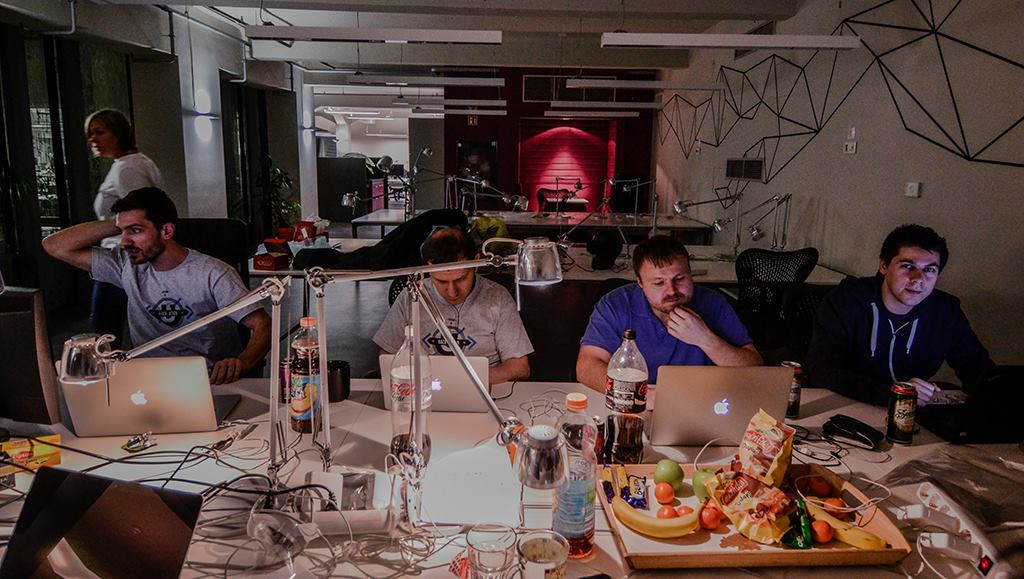 Working and developing these projects we have learned that:

Although this event was very exhausting, a Hackathon is so much fun!