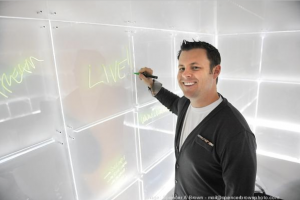 “Ustream made a name for itself by giving tens of millions of people the ability to broadcast live video around the Internet for free,” writes Patrick Hoge in the San Francisco Business Times.

Not so long ago, that typical live-video broadcaster was some guy in his basement commenting about the latest gaming console.

To say that “times are changing” would be an understatement. More and more corporations are recognizing the power of live streaming video for internal and external communications, and many are turning to Ustream.

Wainhouse Research analyst Steve Vonder Haar agrees that Ustream is headed in the right direction, predicting that business use of live video would rise from 1.12 billion hours in 2013 to 2.92 billion in 2017, with the technology industry being the largest consumer.