Peter Kadlot is a colourful personality who’s interested in endless kinds of things from IT programming to fine arts, from social science simulations to new media, from hijacking space to startuping. Right now, his main object is to take in San Francisco’s true colours and real startup environment at Ustream’s office. 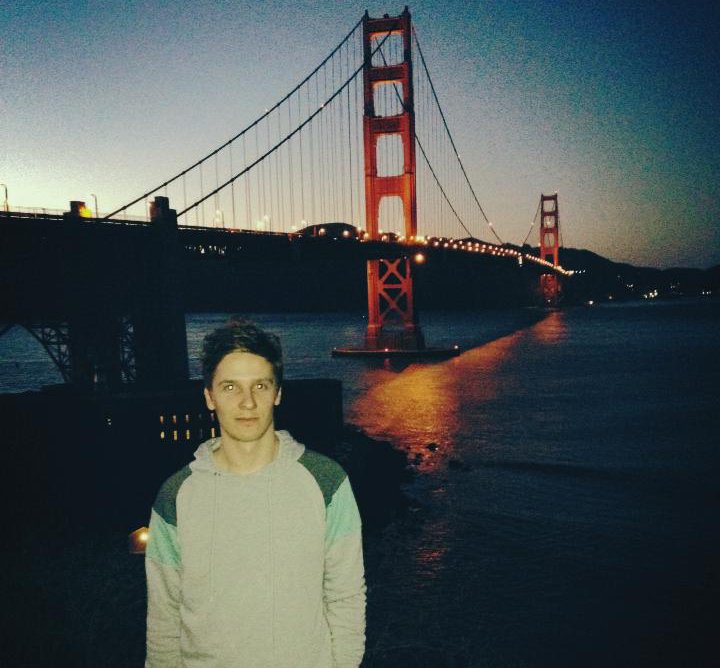 ‘I’m interning here for a month and great mentors watch us all the time. It’s a fantastic opportunity as I can work not only as a designer but also as a front-end developer, which makes me able to deal with a problem from lots of angles’ he says adding later he’s intending to spend one or two weeks going to meetups, hackerspaces and other IT events.  ‘San Francisco is the biggest startup incubator where you can meet easily even with Mark Zuckerberg at events like Startup School. So I to want use my time smartly and take the chance to meet as many people and collect as much experience as I can’ he explains.

Meeting with someone from the robotics industry might be the most useful for Peter as he’s dreaming about launching a robotics-related startup one day. ‘I would like to make objects and materials which can change their shapes by pushing only one button’ he says.

To tell the truth, robotics is his ultimate favourite game, especially when it comes to ‘stupid robots’. Actually, he built the second most stupid robot in Europe for Bacarobo 2.0 in 2011. Thunder Lady uses a sophisticated algorithm to seek rain puddles for jumping in. If it can’t find any, which is usually the case at theater stages, it pulls up a rainmaking umbrella and starts a storm under it with optional flashes. 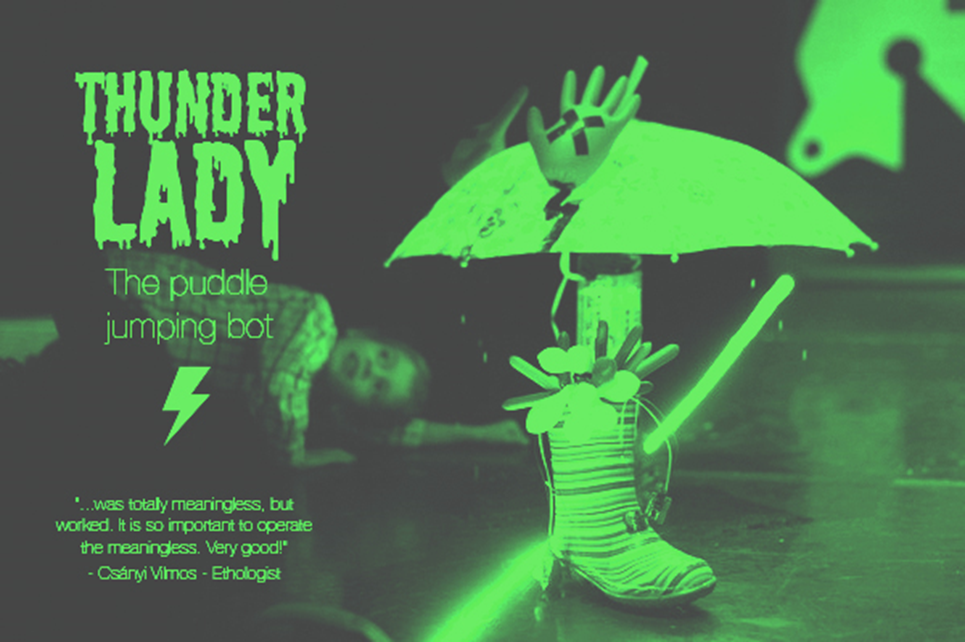 Of course, he came up with and collaborated in the making of many more useful devices, as well. For example an app for real estate agents, a program which helps streamers to collect donations, right from a given chat, a net connected sensor of light, temperature and humidity in a community garden of peas and an animated thermochromatic textile, envisioning interactive textile designs of the future.

Design in general is close to his heart due to its relation to fine arts and architecture, his other hobbies. ‘I’m interested in architecture not only in its traditional meaning, when we think of architects as people who build buildings and bridges, but also in its new media related way. Front-end developers and designers are the new type of architects who build today’s living space, the internet’ he says.

That was one of his winning phrases in his Bridge Budapest application video which made him fly from the computer science faculty of Eotvos Lorand University, Budapest to the Silicon Valley. ‘As a Bridge Budapest fellow I have the chance to see lots of new perspectives and new kinds of problems’ he says keenly. ‘I can monitor how a startup becomes a multi-level company, how it handles millions of customers, what measures an effective internal and external communication and so on. Any information is an important step towards my first startup-to-be.’

It will probably be a service-like company which can later evolve into robotics. Although Peter isn’t quite sure about the exact topic, there’s no question regarding its creativity. He calls himself a ‘creative technologist’ which can actually mean he makes other people creative.

His website is a very example. There visitors can draw colorful lines and pictures to have a ‘moment of glory’ and to show Peter’s creative colours.