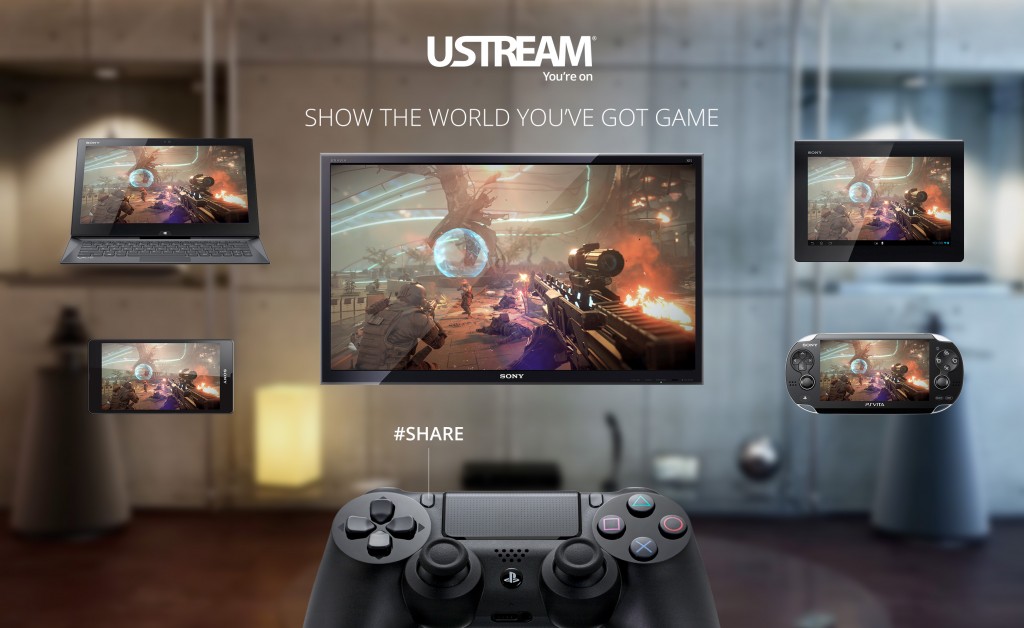 One of the most important features of the PS4 will be its live video streaming capabilities, with both Ustream and Twitch integrated into the console. It’s a game-changing feature (literally), and earlier this year, I chatted with Engadget, Forbes, and The Wall Street Journal about the potential for the PS4 to become the “modern day cable box.”

I’m not here to give you 101 reasons why gamers should stream via Ustream instead of Twitch on the PS4. We certainly don’t boast the same type of gaming community on our platform as Twitch. But what we are is arguably even more game-changing. Ustream is the world’s most scalable and social platform for live video webcasting, and our mission is ambitious and exciting: we see live video becoming the centerpiece for business communications across all industries. And with nearly 30 million registered users globally, we’re beginning to fundamentally change the way people communicate and share experiences.

When Sony announced the PS4 back in February, they used Ustream to spread the news via live streaming video. Since then, we’ve worked with Sony to live video stream several major gaming events, including the Tokyo Game Show, Brasil Game Show, and Gamescom, all wrapping around business communications and the ability to reach massive worldwide audiences.

This Thursday, we’re again working with Sony to broadcast the actual PS4 launch event, live from New York City. Don’t forget to tune in at 11 p.m. Eastern Time – you can watch directly from the PlayStation Blog (where our player will be embedded) or on Ustream.tv.

Sony didn’t expect the results they achieved with the February PS4 live-streamed event, which drew a global audience of more than 16 million captivated viewers.

But now they’re coming back for more.

And so are our other customers that have realized the potential of live video. Our goal is to make it simple for companies of any size to communicate more effectively, both internally and externally. We know we’re on to something and we’ve started working with Wainhouse Research to bring more transparency into the industry. Stay tuned, as we’ll have some news in the coming weeks!