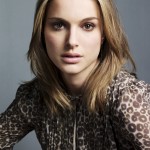 Creativity is a common thread within the Ustream community, and we’re thrilled to be part of an awards ceremony that brings together the best of film for the 19th Annual Gotham Independent Awards on Monday, Nov. 30. The nominees for these awards were announced live by The New York Times’ A.O. Scott on Oct. 19–watch the video here.

The Gotham Independent Film Awards will be streamed in its entirety to a worldwide audience on Ustream from the Cipriani Ballroom in New York City starting at 5p PT/8p ET on Monday, Nov. 30. The evening will include appearances by Alec Baldwin, Ellen Burstyn, the Coen Brothers, Willem Dafoe, Phillip Seymour Hoffman, Natalie Portman, Chris Rock, Ryan Reynolds, Meryl Streep, Kristen Wiig and more. Watch and interact here, or on our free viewing applications on the iPhone or Android platform, which are available by download from the iTunes App Store or Android Market.