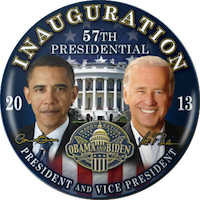 If you can’t be in Washington on Monday (or just want to stay warm), Ustream is your online home for live coverage of the 57th Presidential Inauguration. It’ll be deep. It’ll be dynamic. It’ll be historic.

Here’s what our news partners and citizen reporters have in the works. Streams start this weekend with festivities, on-the-ground reports and some protests. Check back for updates and follow @UstreamNews. All times are in Eastern Standard Time.

“Out of Many: A Multicultural Festival of Music, Dance and Story” hosted by the National Museum of the American Indian. A three-day festival to commemorate the inauguration of President Barack Obama. Featuring daily performances of live music, dancing and storytelling in the museum from a variety of cultural traditions.

MLK Day of Service – Unite America in Service Event on Sat, Jan 19.  Thousands of volunteers will gather at the DC Armory to assemble care kits for deployed military and their families. Journalist Jenni Hogan will be helping and streaming live exclusively on Ustream starting 4 p.m.

Official presidential swearing-in. Sun, Jan. 20. Approximately 11:45 a.m. CBS News and  WSJ Live will carry a live feed of President Barack Obama taking the oath of office. Because Jan. 20 falls on a Sunday, the public ceremony will be held the following day.

Additional coverage by CBS on Sunday includes Vice President Joe Biden’s swearing-in at 8:10 a.m., followed by a wreath-laying at Arlington Cemetery at 9 a.m. In the evening, the president and vice president attend a candlelight event at the National Building Museum.

Smithsonian 2013 Inauguration Cam. Live camera of the Capitol and National Mall that will broadcast 24-7 through Monday.

The White House. Live all day starting 9 a.m. Coverage kicks off with video highlights, with the swearing-in ceremony taking place around 12:30 p.m. The channel will then stream a highlight loop until the parade begins at approximately 3:30 p.m.

CBS News. 9 a.m. to 4 p.m. Full coverage of the day’s events starting with the third hour of CBS This Morning. Details to come.

PBS NewsHour. Live broadcast with anchors Gwen Ifill and Judy Woodruff. Coverage includes President Obama traveling to and from The White House, all events on Capitol Hill, the parade, views of Lafayette Park. Details and schedule to come.

U.S. Department of State. Live coverage starts at 10 a.m. and includes the swearing-in ceremony with a view from the National Mall. Following the oath of office, President Barack Obama will give his inaugural address, setting out his vision for America and goals for the nation.

League of Young Voters. Live exclusive coverage and analysis starts around 9 a.m. and continues until about 30 minutes after the president’s swearing-in ceremony. Lineup includes both political commentators and man-on-the-street interviews.

Citizen streamers will hit the ground in Washington, D.C. to document the Inauguration as they see it. Raw, unfilterd and real. Expect rallies and protests, scenes of massive crowds and of course, the unexpected. Below are some Ustreamers who plan to go live from the nation’s capital on Monday: 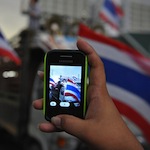