Yesterday, we went back to school… and boy have things changed! Paperback books, heavy binders, multi-colored pens for note-taking, even lockers — all things of the past. Instead, students are given iPads, classrooms are set up with big TV screens, and even the library looks like a lounge! 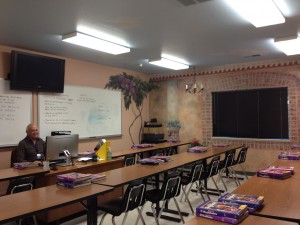 Now this just isn’t any ordinary school (nor is it the high school I went to). Tucked at the foothills of the Santa Cruz Mountains and wedged in between Watsonville and Gilroy, is the 100-acre digital Disneyland, formally known as Monte Vista Christian School (MVCS). Home to nearly 1000 students (middle and high school), MVCS fuses old and new, bridging the gap between education and new media.  In fact, it was the first school in the country to establish a full digital curriculum using iPads in the classroom for middle schools (and it’s almost there for the high school). 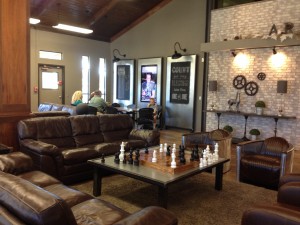 This school year, MVCS has taken on a new challenge: live video streaming. Using Ustream, Mustangs are able to stay connected to family and friends through the power of live video, even across country borders (128 students are international and live on-campus). Right now, MVCS streams several football games per month, but the goal is to eventually stream all the different sporting and performing arts events throughout the year. The streams are available online via MVCS’s Ustream Channel and are also projected live on the scoreboard during games. 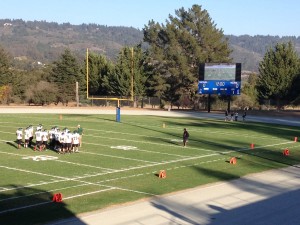 What’s incredible is that students are running the majority of the operation — multi-camera angles, switchers, the works. We’ll be checking back in with MVCS later this year, but if you happen to find yourself in the Watsonville area, it’s well worth the field trip to check out their digs. These pictures don’t do them justice… and don’t be surprised if you run into one of the 32 horses they have on campus!