Laszlo, or Laci as his mates call him, has a lucky star. He finished pretty easy his studies at Budapest University of Technology and Economics which is one of the most difficult unis of Hungary. He was able to attend other, very-hard-to-get-in IT courses and now he’s the first fellow of Bridge Budapest getting experience at Ustream. 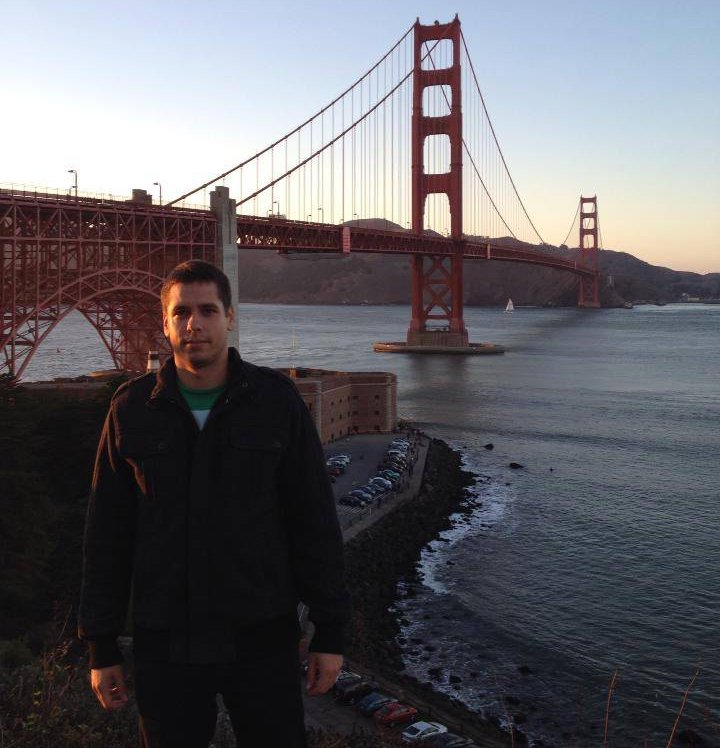 ‘I still can’t believe that I’m gonna make it. Going to the US for seeing how a startup really works is a dream come true for me’ he says. Of course, he doesn’t believe that his path is entirely a game of chance but he does share the motto of Bridge Budapest’s founders. So you have to work hard for your dreams and that’s what makes you lucky.

Besides hard work, he also knows being open is the key of making successful businesses. In his own opinion, his openness and ability to work interdisciplinary was the reason for getting the fellowship. ‘I applied for Computer Science but I told the interviewers that I could imagine myself in a more liaising position, as well’ he says.

His openness to the world becomes even more obvious when he starts to talk about his American plans. ‘During my US stay, I would like to get to know deeper what kind of processes function in startups and not only in the field of engineering but for example regarding costumer relations’ he adds. ‘I would also like to attend as many startup conferences in San Francisco and the Bay Area as I can to meet with big names, maybe even with Zuckerberg himself.’

And why? Because he’s a dreamer, too. He wants to establish his own startup one day using all the experience he could collect at Ustream’s American and Hungarian offices. Right now he knows that the way of being successful if he can produce something helpful. Something which makes people’s lives easier. He will probably find it in the field of sport as playing squash, basketball and beach volleyball are his hobbies. And he’s one of a kind who would like to deal with his hobby professionally.

Well, good luck! But it actually seems he doesn’t need it. For him, working for it is more than enough.