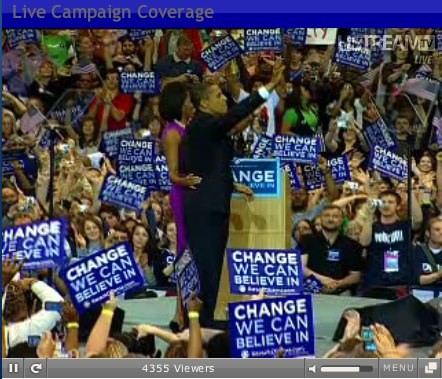 Wow. The race for the Democratic nomination was exciting, controversial, hard fought, and a tremendous demonstration of Democracy in action. And we saw the finale live on Ustream.

Last night I watched Presidential candidate Senator Barack Obama celebrate victory as the nominee for the Democratic Party. The speech was powerful.

Watch it here if you missed it.
Broadcast by Ustream.TV

Anyone else excited for 5 more months! 😛

As I have mentioned several times before, Senator John McCain is a Ustreamer as well. I’m excited to see how this race plays out and hopefully the candidates continue to embrace new media, open dialogue and Ustream.TV.Get out to vote, its your civic duty. 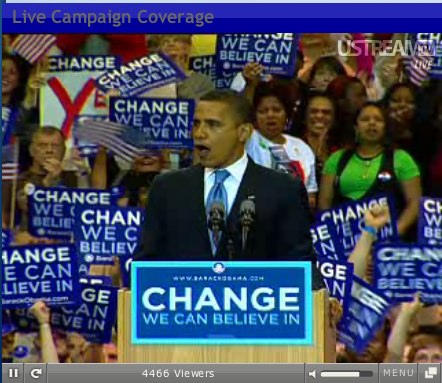