State of the Union Coverage on Ustream 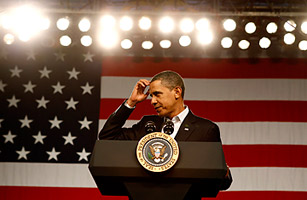 Tonight all eyes will be focused on President Obama as he takes the national stage to give his 2010 State of the Union address. We have beginning-to-end coverage of the events tonight on Ustream, along with pre-and post-coverage and commentary of the State of the Union Address.

After the speech is completed at around 7pm PST/10pm EST, then the commentary starts. The Young Turks, who are partnering with Ustream as their exclusive live streaming partner, will be doing post-speech analysis from their channel page here. The young Turks have been making waves since they became the first talk show on Sirius Radio, and have since expanded their repertoire to include a Ustream show that airs every weeknight from 4pm-7pm PST. They’re not afraid to talk about sports and entertainment in one breath and then tackle the Health care crisis the next. But tonight’s show will be entirely dedicated to rehashing and analyzing Obama’s State of the Union. You won’t want to miss it.

Also following the Republican response, singer/songwriter and Oprah protege Derrick Ashong will be live streaming his “Derrick Ashong Experience: The Obama Youth Response.” In it, he’ll discuss the meanings in Obama’s speech and will likely address some of the concerns and criticisms raised during the GOP response. Tune in around 7:30pm PST/10:30pm EST right here.