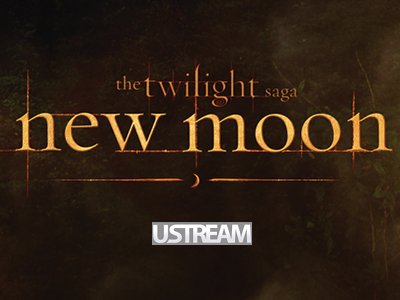 Ustream may be playing a part in making history with its involvement in The Twilight Saga: New Moon movie. On Monday, Nov. 16, more than 2 million unique viewers tuned into our exclusive red carpet broadcast with partner MySpace as the stars made their way into the first screening of the film, which hits theaters on Friday, Nov. 20.

The webcast was the farthest-reaching event Ustream has streamed to date with more than two million unique viewers. The event was also the largest number of total viewers for any Ustream red carpet broadcast with an astounding nearly three million viewers, exceeding a previous record set by our broadcast with Sony Pictures of Michael Jackson’s This is It red carpet several weeks ago.

If you missed seeing Robert Pattinson, Kristen Stewart, Taylor Lautner and other stars on Monday, check out the recorded video here.

Going to watch New Moon on opening night? Broadcast or record your experience live using one of Ustream’s mobile applications for iPhone, Android or Nokia phones! Check out details here.