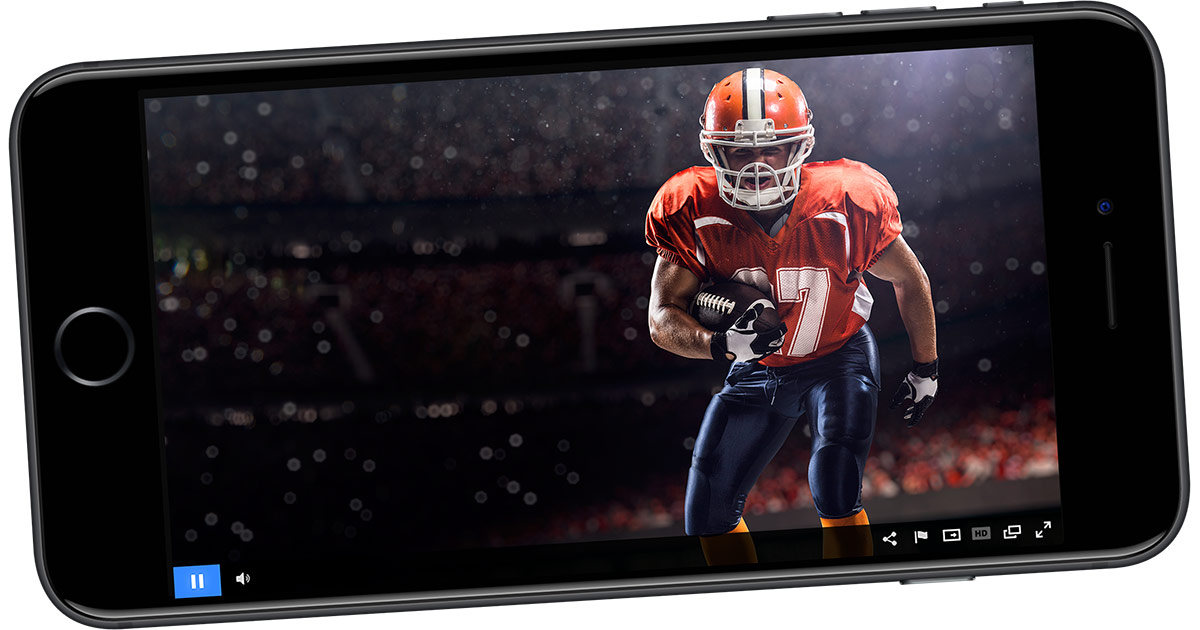 Related to these AI advancements, be sure to read our Outsmart your Video Competition with Watson white paper on how Watson will be used to unlock deep insights from untapped video content you’re generating.

An essential component of any sports broadcast today is the highlight reel, and the New England vs. Atlanta game this past February had plenty of highlight-worthy moments. By analyzing player movements, crowd reactions, social media buzz, and other factors Watson is able to determine the key plays of the game and package them together as highlight clippings. This automation both streamlines an element of the broadcast while also freeing up staff for more important tasks.

Highlights can also be personalized, says Pete Mastin, Offering Manager, IBM Watson Media. With AI at the helm, fans might have received personalized highlights related to their favorite players. Devonta Freeman superfans, for example, could be shown each of his two catches and 11 carries for Atlanta, rather than the subset deemed highlight-worthy. More broadly, broadcasters could have avoided showing Atlanta viewers as many New England highlights and vice versa.

Had they been equipped with data about both the game and the target audience, advertisers could have created various iterations of ads to map to what’s going on in the game. For example, an upbeat ad at the end of the 2017 game would not have been well received by Atlanta fans considering the devastation they felt after the close loss. And at the going rate of $5 million for every 30 seconds of airtime, advertisers can’t afford to serve up an ad that doesn’t get their brand or product as much traction as possible.

“Having audiences insights and having a deeper understanding of the game itself as it’s being played out in real time means more dynamic ad targeting is possible,” Mastin says.

Mastin says that Watson could also glean audience reaction to advertisements or to the game itself, in real time, by reading social media data. Say, for instance, advertisers are interested in the Twitter conversation of consumers aged 18 to 34. Watson could run a sentiment analysis to determine when viewers are dropping off and, using that information, try to reduce the churn. For example, if viewer sentiments seem to decline during analyst conversations, broadcasters could cut away from that type of content and show more of what’s going on on the sidelines in an effort to re-engage audiences in the activity on-screen.

Watson has already been offering a fantasy sports component since 2015 via its Edge Up Sports integration. The Edge Up app, powered by Watson, collects and analyzes data about football players, from their physical conditions, to their injury histories and analyst opinions. The app even knows how the players perform in certain weather conditions, and whether they perform better on grass or turf.

In the future, such data could unlock a new level of engagement for viewers watching live. IBM Watson offers data visualizations like an analysis of interceptions by home and visiting teams, rusher effectiveness, quarterback effectiveness and field type to make predictive analyses. Fans can also ask questions like “Which factors lead to rushing touchdowns?” and track how players in the draft performed during the season compared with their contracts. Even if it’s a slow game, viewers can gauge the probability of certain events (like the game going into overtime) that would add another layer of enjoyment to the game. For example, imagine the excitement when a player breaks the odds after facing sub-optimal conditions, something that viewers could be notified of to heighten the excitement.

The main benefits of AI as applied to televised sports is that it will offer personalization and more opportunities for engagement—at a time when other live sports, such as the Olympics and golf, are struggling. For broadcast networks and streaming services alike, capturing viewers’ interest is an imperative to stay competitive. With an AI (artificial intelligence) assist from tech like Watson, live programming providers will have the edge.

Watson Media holds a great deal of promise for sports television. By taking a closer look at the biggest football competition of the year, the benefits for producers, advertisers and the 111.4 million viewers who tuned in live become clear, including highlight reels assembled, to improved data-collection, automatic closed-captioning and more.

For more information about how Watson can sharpen live streaming, check out our Outsmart your Video Competition with Watson white paper.