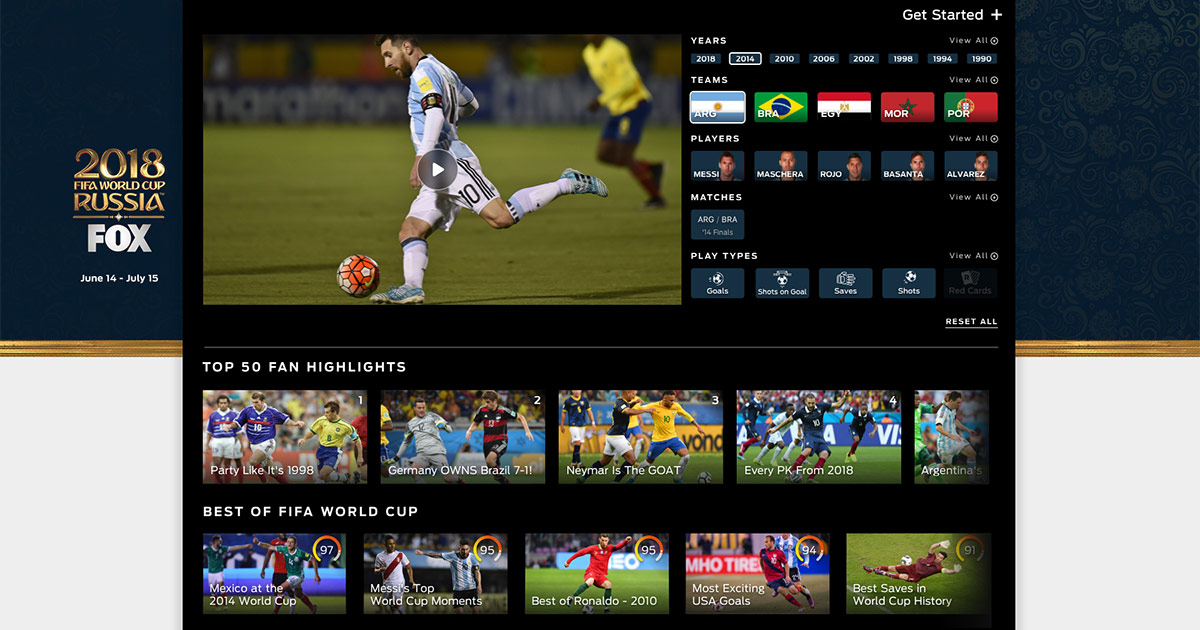 As fans around the world get ready to head to Russia for the 2018 FIFA World Cup this June, FOX Sports and IBM are launching a historical AI collaboration across multiple FOX Sports properties and programming— the first of its kind for the broadcaster.

Get in the game: streaming the FIFA 2018 World Cup

With 64 matches played over 32 days by 32 competing teams, the World Cup is one of the most highly anticipated global sporting events. The 2014 World Cup attracted 3.2 billion viewers on television and an estimated 280 million online viewers. Overall, 98,087 hours of video footage was broadcast to billions of fans. That requires a huge amount of processing power to streamline production workflows.

“We are delighted to be working with IBM, a leader in the technology space, to help enhance fan experiences and engagement,” said Sarah Tourville, SVP of Sports Brand Activations, FOX Sports.“Our collaboration affords us an opportunity to utilize their technology across multiple properties, helping to drive engagement for our tentpole events in non-traditional ways.”

The collaboration kicks off with the launch of The Highlight Machine. This interactive experience, designed and developed by IBM iX, one of the world’s largest digital agencies and global business design partners, empowers fans to browse FIFA’s archive of past matches and effortlessly create custom highlights from both the historic footage and content from the 2018 tournament. Fans can customize highlights by year, team, player, match, and play type within seconds and share their favorite FIFA moments with the world. Soccer fans will be able to view and filter highlights by team, player, timeframe and type of gameplay like penalty kicks and goals. To extend the post-match conversation on social media, viewers can save, favorite and share highlight reels as well as catch up on games by speedwatching critical, automatically generated clips.

Tackling the technology inside IBM

“To maximize fan engagement, sports broadcasters are driven to showcase relevant gameplay as quickly as possible,” said Kristen Lauria, General Manager of Watson Media and Content at IBM. “This drive is even more critical during tentpole sporting moments like the World Cup. Our project with FOX Sports emphasizes IBM’s focus on aligning its technology to simplify how media brands can efficiently deliver winning fan experiences.”

There’s no sporting event in the world bigger than the FIFA World Cup, and for the 2018 event, FOX Sports worked with IBM Watson Media and IBM iX, to build a world-class football highlights experience. Ultimately, the initiative was driven by FOX Sports’ commitment and content, IBM Watson Media’s video platform and enrichment services, and IBM iX’s decades of work transforming the fan experience for major global sport and entertainment partners.

Building on a legacy of AI for sports

IBM Watson Media provides extensive analysis of objects, people, words, concepts, emotional overtones, and character personalities that help media and entertainment companies deliver more relevant content to consumers, create better matches for advertisers, and add efficiency to video production and editing. Within the realm of sports entertainment specifically, we have collaborated with some of the biggest names in sports, and have brought the AI power of Watson to premiere sporting events like The Masters, Wimbledon, and the US Open.

Interested in how IBM Watson Media makes sense of the world’s structured and unstructured data across a variety of industries like sports, medicine, and travel? Visit:  ibm.com/watson/ and ibm.com/watson/media/ 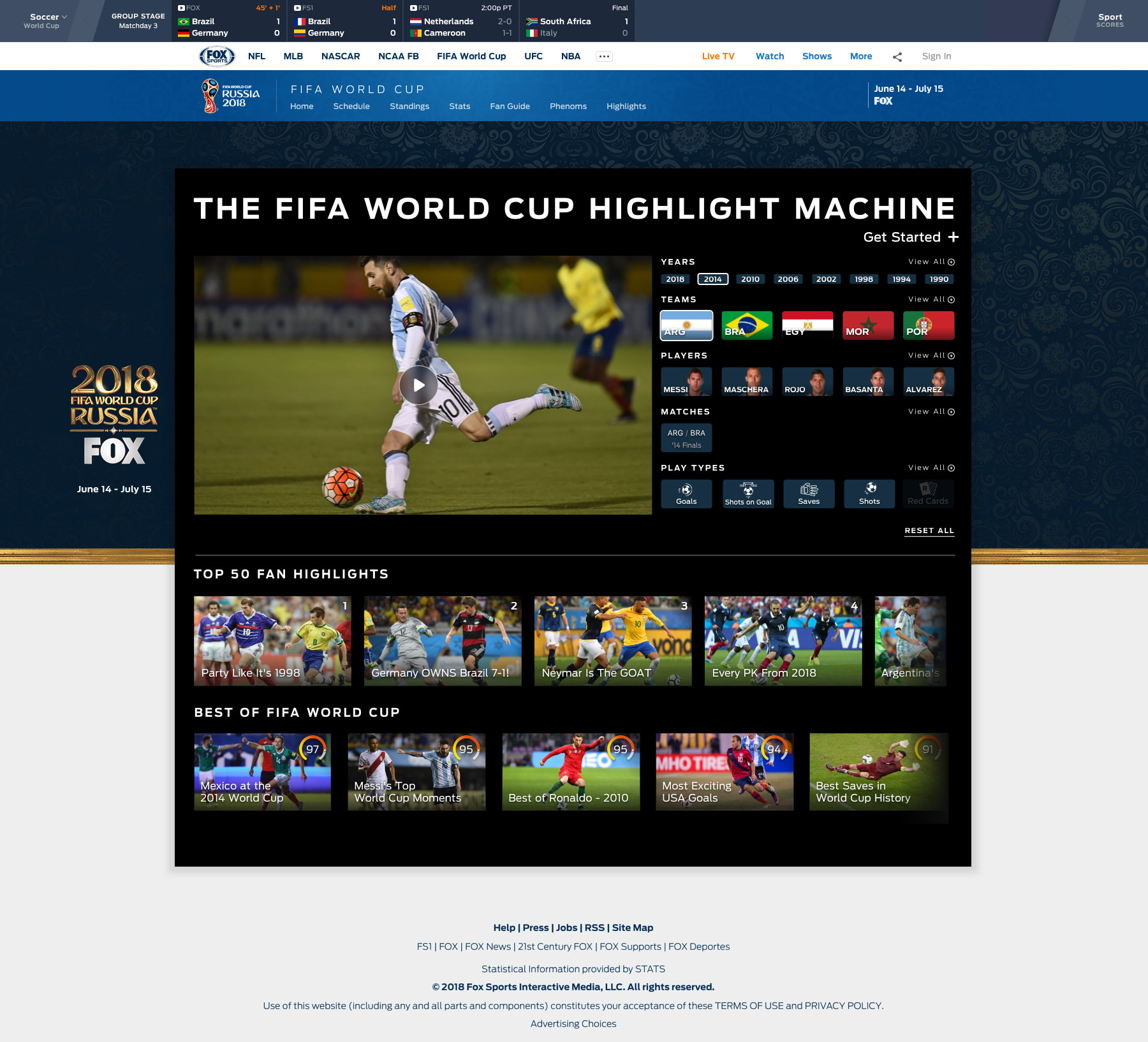 *This blog post describes an exclusive agreement between IBM and FOX Sports.