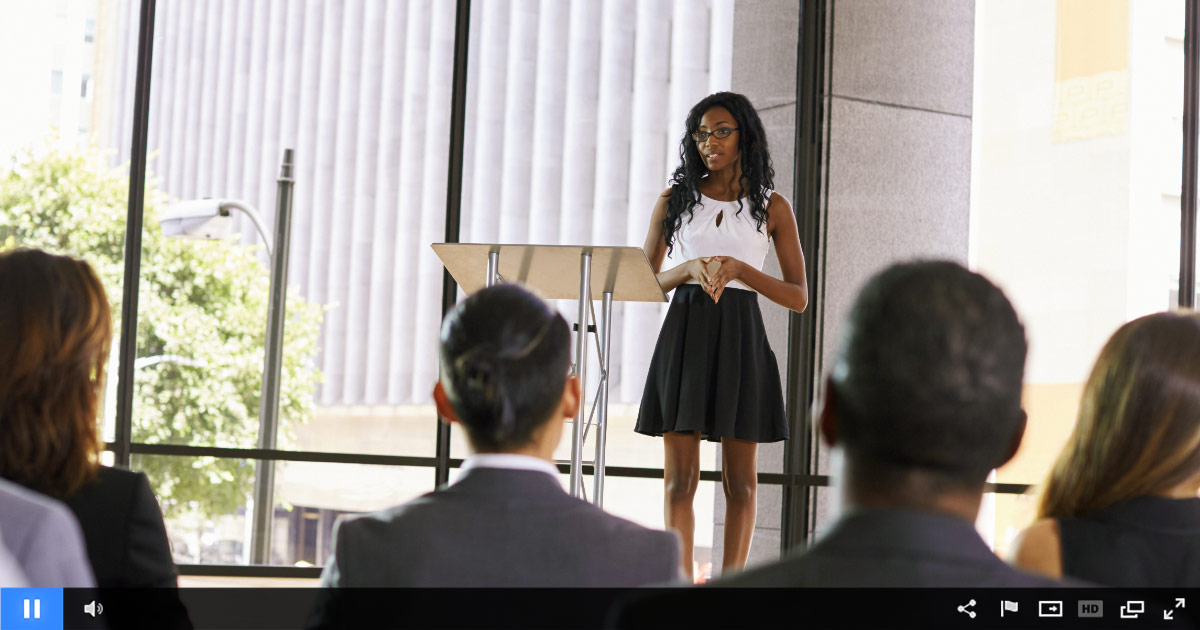 Looking to reduce network bandwidth across your entire organization while sending out high quality internal video?

Through using IBM’s Enterprise Content Delivery Network (ECDN) and the Cisco® 4000 Series Integrated Services Routers (ISR), companies can reduce strain on their network from the main offices all the way down to smaller, satellite offices as well to achieve scalable enterprise streaming video.

This article covers what is ECDN technology, the benefits of it and why you should be using it with the Cisco ISR 4000 technology to enable your entire organization to enjoy high quality internal video without causing local congestion issues.

How does ECDN work?

IBM’s ECDN is a virtual appliance and is delivered as a virtual server, through either VMware® ESXi or Microsoft® Hyper-V™. It is installed “on premise”, becoming an extension of the IBM Watson Media SaaS (software as a service) offerings. It scales local delivery through caching video assets. This can be either live or on-demand content. As part of the adaptive delivery process, multiple bitrate and resolution combinations of these assets will be cached.

ECDN supports deployment models with single or multiple instances. This includes both in the same location, to take advantage of built-in load balancing, and in different locations. In terms of the latter, organizations can look to remove network strain across the entire company, from the headquarters down to small but important satellite offices as well. However, at these smaller locations it might be undesired to run a server or appliance, which would normally be used to install ECDN on.

This is where the Cisco ISR 4000 router comes into play. With an ISR 4000, these offices could forego having to get a dedicated server, and instead utilize these routers and the Cisco UCS® E-Series router-integrated branch blade server instead. This can simplify getting all offices within the organization ECDN deployed, or at the minimum increase the number of offices within an organization that are able to effectively scale internal video.

Cisco 4000 Series ISRs offer a multicore CPU architecture running modular Cisco IOS XE software. The software quickly adapts to the changing needs of branch-office environments and enables IT to roll out services with speed. With a separate control and data plane, Cisco IOS XE can deliver application-aware network services while maintaining stability and a high level of performance during periods of heavy network load.

The benefit of this process is the immense reduction in bandwidth consumption from the network. For example, without ECDN, a local office’s consumption during an all-hands meeting might look like this:

Using this sample data, if the total available download speed from the ISP at that office is 50mbps, the above scenario will cause issues. In fact, it will hamper not just video delivery but result in additional problems potentially interfering with business critical traffic, like accessing email or any other activities that require the Internet.

Now let’s take the above example and see what it would look like with ECDN. In addition, let’s say that there was actually a higher definition version of the video available at 5mbps and a lower 2mbps version and both were watched from the same office. In this scenario:

As a result of ECDN, total strain was dropped to just 7mbps. If that office had a total download speed of 50mbps, this is well within what the network could comfortably handle. Not only that, but the viewers were able to receive a higher quality version of that feed as well. As for why the total consumption is 7mbps, it’s because the system will cache the additional bitrates as well, in case viewers elect to change the quality level inside the video player.

ECDN offers a web based portal where administrators can see this usage in real-time. This can can be used to see usage across multiple instances, offering a single hub where all internal traffic across all offices with ECDN can be viewed and performance gauged.

How large is the cache for ECDN?

There are two types of content that ECDN caches:

And there are two ways that content can be cached:

Memory only:
In this use case the cache for a single ECDN instance depends on the size of the available memory provided by ECDN’s virtual machine configuration. So the available memory on the Cisco™ UCS E-Series router-integrated branch blade server will dictate how much live and on-demand video content can be cached on an individual ECDN server. Naturally, once that limit is reached the oldest content in the cache will start to be dropped to make room for new assets as they are coming in. The minimum amount of memory needed for operation is 4GB, while the more available memory the larger the cache can be.

The obvious benefit to increasing the cache is further decreasing strain on the network while also supporting more simultaneous broadcasts that can be cached.

Memory + disk:
It is possible to add persistent cache to the ECDN virtual appliance by adding an additional virtual drive to the virtual server, which will be automatically used for caching VOD (video on-demand) assets. The advantage of using disk caches is that the cache survives reboots (while memory only does not), and generally it can be significantly larger than memory caches. Training videos can sit in the cache for a long time, for example, removing the strain from having to ever download them again while being able to be watched at virtually any time.

Can “out of office” viewers be supported?

Naturally, the ECDN caching aspect makes only sense for viewers who are in the office on the network where ECDN is deployed. However, this does not mean that viewers who aren’t connected to the network can’t watch the same content.

At IBM Watson Media, video delivery is supported through SD-CDN, a software defined content delivery network. This combines traditional CDNs for delivering content outside the firewall with ECDNs that aids content delivery behind the firewall. So viewers who aren’t able to connect to an ECDN will instead utilize a traditional CDN connection. This process has built-in QoS (Quality of Service) components as well, which help to optimize the experience for viewers. This goes beyond simply supporting multiple devices, from mobiles to desktops, and traditional adaptive bitrates to also being able to switch between the various CDNs as needed to enhance the end user experience. To learn more about this technology, be sure to check out our SD-CDN white paper.

What features does ECDN work with from IBM Watson Media?

ECDN works with the major features available through both IBM’s video streaming and enterprise video streaming offerings. This includes mobile delivery, possible through cloud transcoding, along with additional player functions such as closed captions inside the player and also the ability to search those captions to jump to specific moments inside the video. 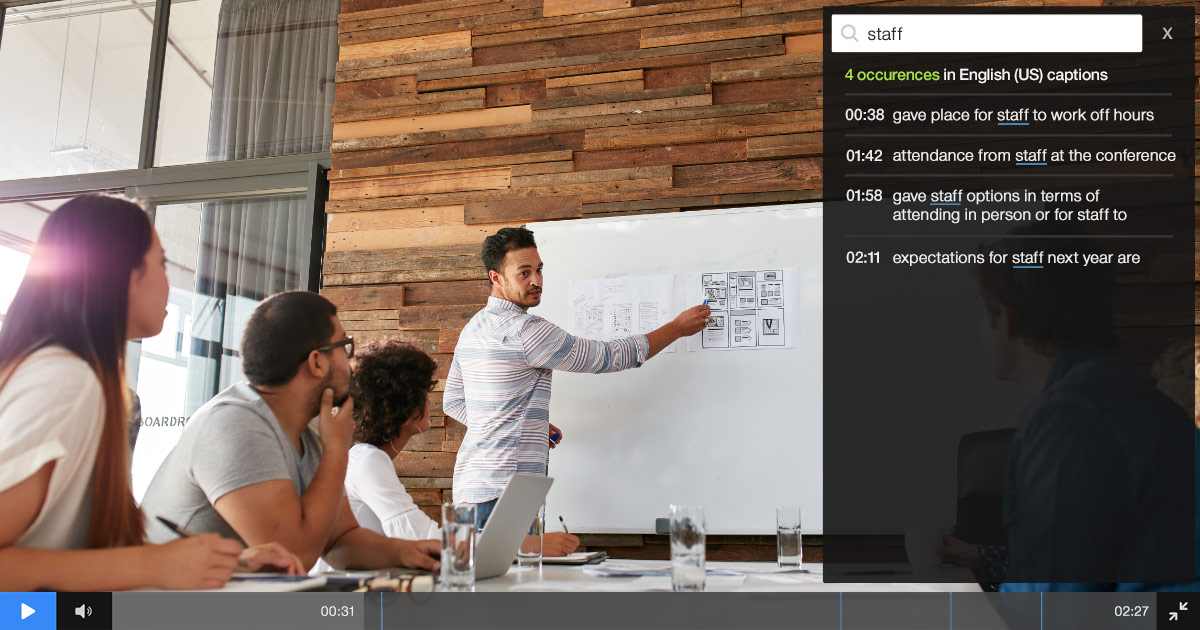 For internal facing video assets, restrictions on that content is also supported. This can be done through email verification or, more conveniently, through SSO (Single Sign On). With the latter approach, users would access the stream using login details they are ideally already well versed in from other applications at their organization. For more details on restricting internal content, and best practices, consult this Using Video for Internal Corporate Communications, Training & Compliance white paper.

ECDN and the Cisco 4000 ISR technology offer a way for organizations to get all of their offices enabled for scalable video delivery. This includes all the normal IBM benefits from its video streaming and enterprise video streaming offerings, from QoS features to value adds like captions, without having to dedicate an entire server to smaller offices to make this possible.

For more information, please reference this datasheet and also this blog from Cisco on Reduce Costs and Enhance Video Performance with Cisco and IBM.