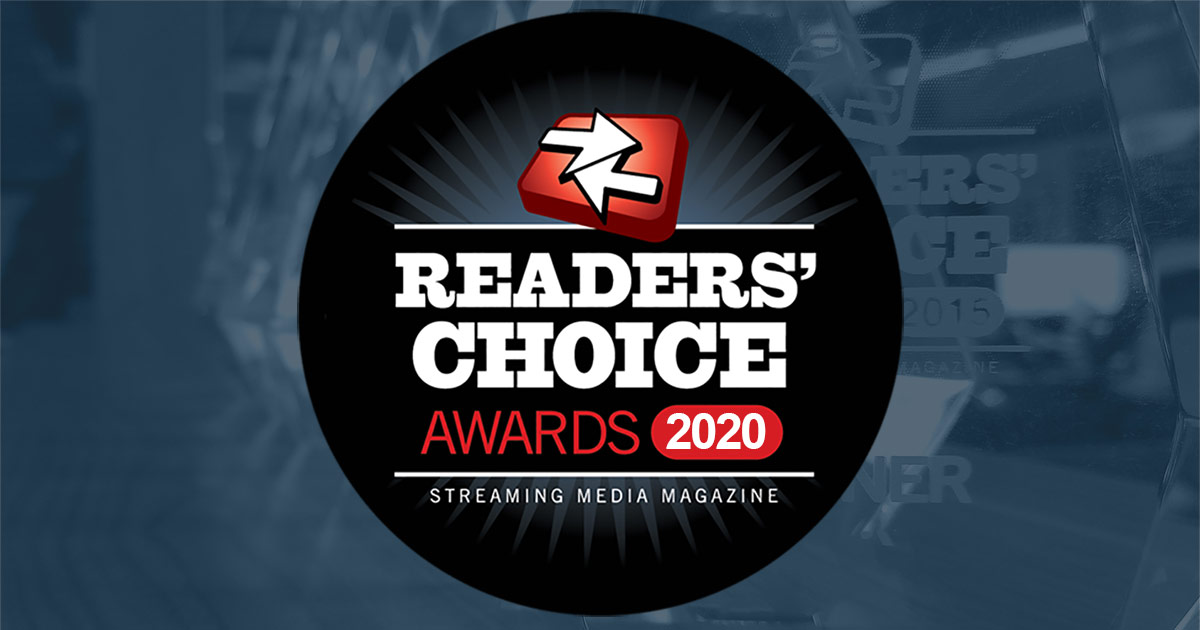 For 2020, IBM has been nominated in these five categories:

Please show your support by voting for IBM using the link above and a valid email address. You have our sincerest gratitude.

Voting for the 2020 Streaming Media Readers’ Choice Awards opened in early September. Voting is done online and is open until October 8th. Once voting is closed, it is assumed that a confirmation email will be sent to confirm each vote, as has been done in the years past. This is why it’s important that a valid email address be utilized when voting.

Traditionally, winners are announced at the Streaming Media West trade show that is often held in Los Angeles, California in the month of November.

However, given the COVID-19 pandemic, this year will be handled differently with winners announced online in November instead. Traditionally three finalists are announced, and among those three a winner is revealed.

This year, IBM has been nominated in a total of five categories. These categories include:

Enterprise Video Platform
IBM has won this award several times in the past. The solution nominated is our IBM Enterprise Video Streaming platform, which secures content using a variety of methods, such as SSO (Single Sign-On) with support for SAML based solutions. The service is also able to track users on an individual level, helping to validate that users watched required material for or to gauge the effectiveness of content.

Webcasting/Presentation Solution (Cloud)
IBM offers an comprehensive webcasting solution through both IBM Video Streaming and IBM Enterprise Video Streaming. This includes everything from an encoder, video player, embed codes, hosted web pages and more, with flexibility to use other components such as your own RTMP based encoder for live streaming. Virtually real-time cloud encoding, real-time analytics and real-time QoS (Quality of Service) elements are also built-in to provide scale. This is managed from a multi-CDN connection with automated, seamless switching based on virtually real-time viewer feedback. So viewers who experience buffering, for example, are switched between delivery sources to optimize their experience and mitigate potential outages before they happen.

IBM at the Readers’ Choice Awards

IBM has a long history with the Readers’ Choice Awards. One that goes all the way back to 2009, just a couple years after it was launched, when Ustream earned its first nomination. 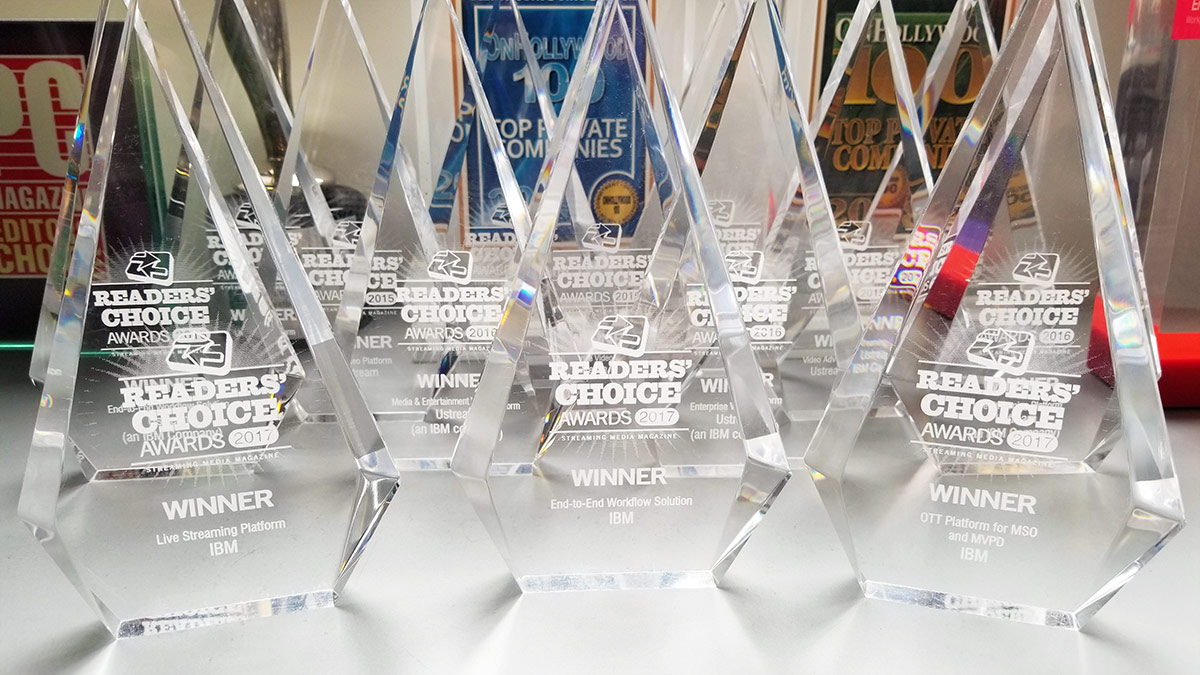 Below are all the awards IBM was won over the years at the Readers’ Choice Awards, along with instances where IBM services were in the runner up category. 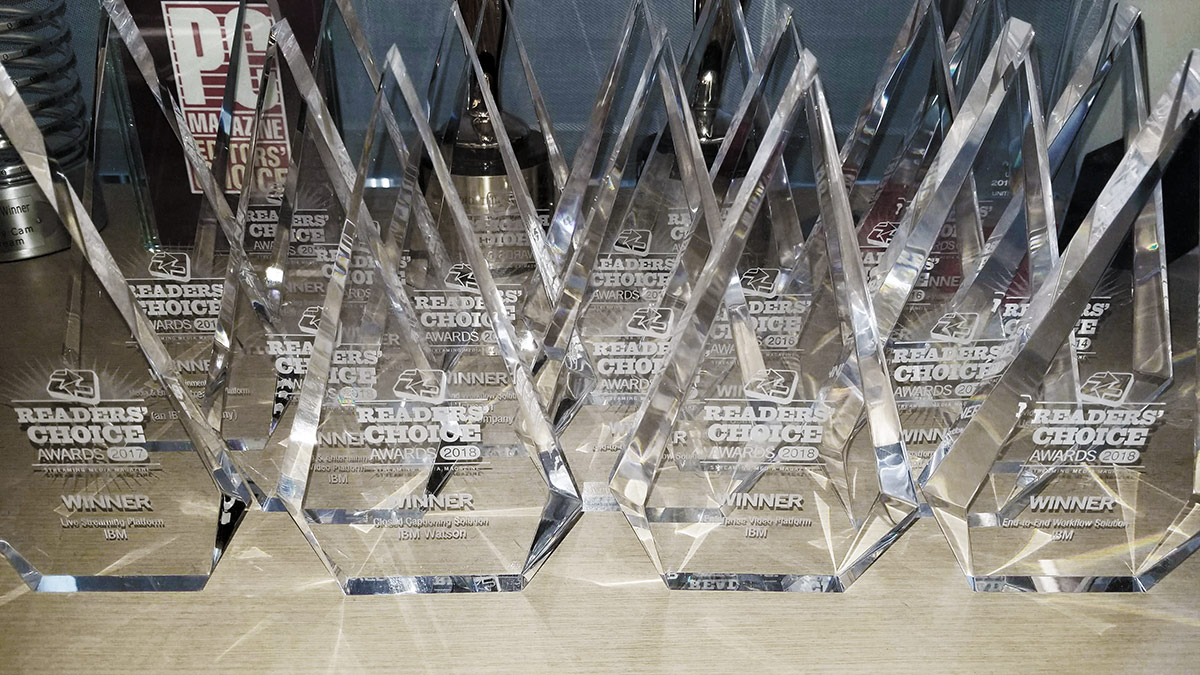 The annual Readers’ Choice Awards are run by Streaming Media, who maintains both a magazine and a website. The company has long been a resource for video industry professionals.

The awards have been around for 12 years, first kicking off in 2007. As part of the process, thousands of voters determine the finalists. In fact, in 2018 upwards of 25,000 votes contributed to the winners.