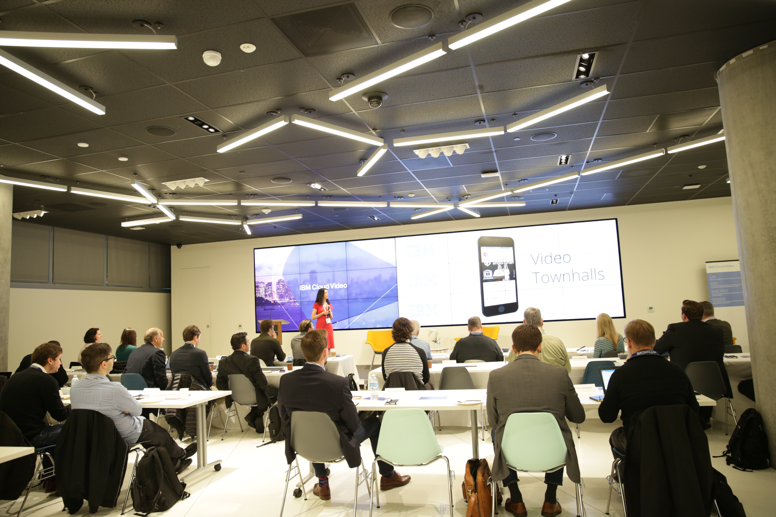 Live video is so exciting because no one knows what will happen—and just about everything will happen, over time. Expect things to break.

This was the consensus among the customers and practitioners who attended the first IBM Cloud Video Enterprise Video Idea Exchange, on February 9 in San Francisco.

The idea for the event came from a customer on the video team at a top hospitality company. The team stages frequent internal and external broadcasts, and they wanted to talk with other IBM video streaming customers to identify best practices for fail-proofing live-streamed events.  The top tip, not surprisingly, was to have redundancies for every component, from internet service provider to encoder.

Ready to fail—and spring back

IBM Watson Media follows this principle by integrating top content delivery networks around the world through an intelligent software orchestration layer that can detect issues automatically, and switch among CDN’s as needed to maximize resiliency and scalability.

Customers were excited about getting together at the event to learn from each other’s experiences.  A provider of cloud-based identity management led a conversation on how to secure internal enterprise video.  A top career website discussed producing employee town halls, which it holds weekly for as many as 3,000 concurrent global viewers.

A company known as the ESPN of trade shows led a talk on external video best practices.  The company sends teams to hundreds of sites around the world each year to stream interviews and color commentary from client events. Not only do those teams pack redundant components, they’ve had to figure how to fit them all within the airline baggage limit. There was one challenge that even redundancy couldn’t solve: a London event site surprisingly lacked power.

The Enterprise Video Idea Exchange also included a discussion of the roadmap ahead for IBM Watson Media. Customers learned from experts how IBM’s video streaming and enterprise video streaming offerings will evolve. They also considered what a sales rep’s day might look like when the rep’s capabilities are augmented by AI (artificial intelligence) computing from IBM Watson, as well as enterprise video.

As the use of video expands, Vonder Haar added, the right piece of video needs to be easier to find, and that’s where AI computing will make a valuable difference.  It will add an automated speech to text capability, and customized guidance from a recommendation agent. 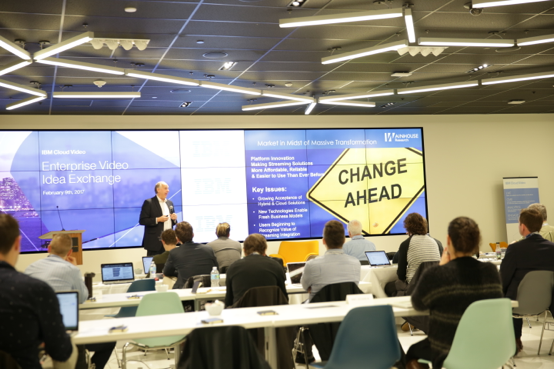 More than half of enterprises are increasing their investment in video in 2017, attendees learned. Wainhouse Senior Analyst Steve Vonder Haar reviewed top use cases.

“I found the information and the community assembled quite informative,” said a customer who attended, Peter Gailey, president and co-founder of BroadcastMed, Inc.  “While our company’s efforts are distinctly different from many of the other users, their insights will inform the way we approach our business.  Further, the information gathered regarding IBM [Watson Media]’s products has opened my eyes to a world of potential opportunities for us.”

More IBM Enterprise Video Idea Exchanges are scheduled for Singapore February 23, Chicago March 7 (attend in person or watch a portion in a live stream) and New York April 5, with a later date to be announced for Dallas.  See a recording of the first two sessions of the February 9 event here. For more information, contact IBM Watson Media. 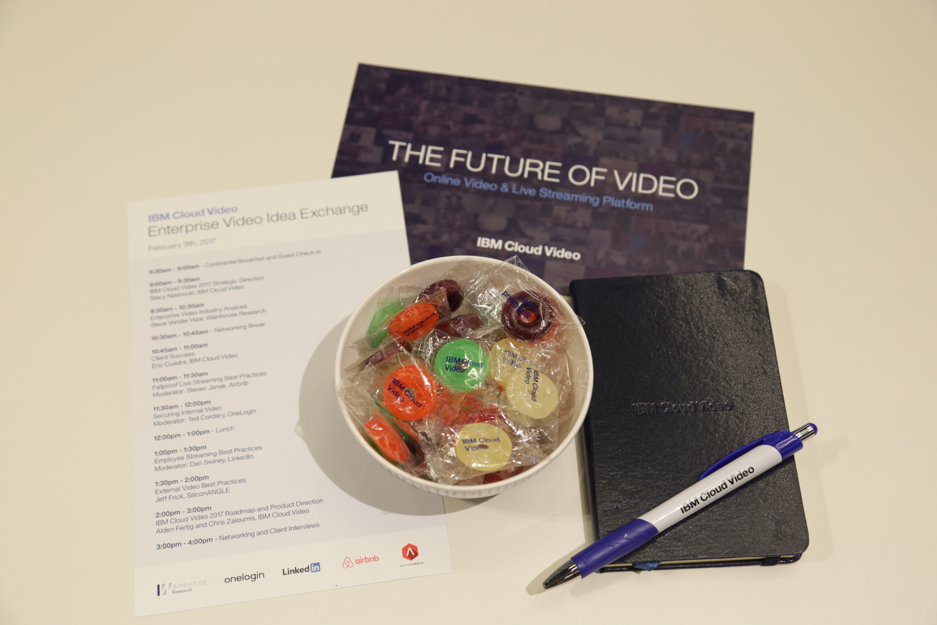 One of the day’s sessions reviewed a roadmap for IBM Watson Media solutions, which includes integration with the AI computing capabilities of IBM Watson.