Why Video Is the Real King 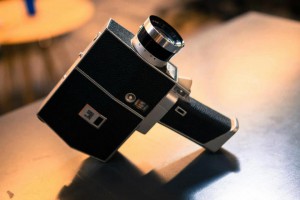 If “content is king,” then video is the king of content. As if television and movies weren’t enough, almost 200M Americans (roughly 60% of the population) also watch online videos, and the average number of videos watched per person hovers somewhere north of a staggering 300 per month. As demand for video content has been increasing so fast in the last four years, advertisers have been scrambling to keep up. To give you an idea, online video ad spending in 2011 was $2B. In 2012, just a year later, it had grown to just shy of $3B. In 2013, that number grew again, this time reaching $4.1B. By 2016, online ad spending is expected to reach $8B. A study by Cisco predicts that by 2017, video will constitute 69% of all global consumer internet traffic.

At face value, the reason for this growth in ad spending is simple: attention. But what drives attention in the first place? For starters… Read the full post on Medium: https://medium.com/@bhunstable/why-video-is-the-real-king-d975e2473f16