Viewers worldwide are cancelling their cable TV packages and turning to online broadcasts at a steady rate. In the U.S. alone, nearly 25 million households lacked cable by the end of 2015. More than 1 million American households are expected to cut the cord this year, and they will be joined by millions more households across the globe.

But it’s not just weekday sitcoms, made-for-TV movies and daily news that are migrating online. Sports fans are clamoring to stream their favorite teams—and that’s where Footters, which launched this month, sees an opportunity.

Based in Spain, Footters is an online streaming company providing a platform for federated soccer clubs—the semi-professional and even professional players who are part of clubs worldwide that aren’t popular enough to merit the blanket television coverage given to the English Premier League or La Liga, Spain’s top professional soccer association. These minor league clubs might not be powerful enough to ink their own television deals, but they have a large, largely underserved audience. With an estimated 24 million clubs comprising 270 million players around the world, Footters’ potential reach is enormous.

Footters aim is to give those clubs — and their fans — an online channel to follow the action. The ultimate goal is to have an online broadcasting presence for worldwide soccer, where all the soccer federations (not including professional federations) have their own channels that broadcast the teams in their region and highlight individual players, raising awareness of both coaches and smaller clubs but also up-and-coming soccer stars. Think of the professional players in competitive video game leagues who achieve star status online, and you’ll have a sense of what Footters hopes to do.

In addition to raising the profile of these clubs, Footters hopes its platform will help educate coaches and players through the insights it collects through video. In the future, the company hopes to incorporate pro-tools and stats to help the coaches, players and clubs overall improve.

Scaling an online broadcast platform is no small feat. For that, Footters turned to IBM Watson Media’s platform (formerly IBM Cloud Video). In particular the company taps into the SD-CDN (Software Defined Content Delivery Network) technology that the service provides. This allows the company to reliably reach large, geographically diverse audiences with their content. 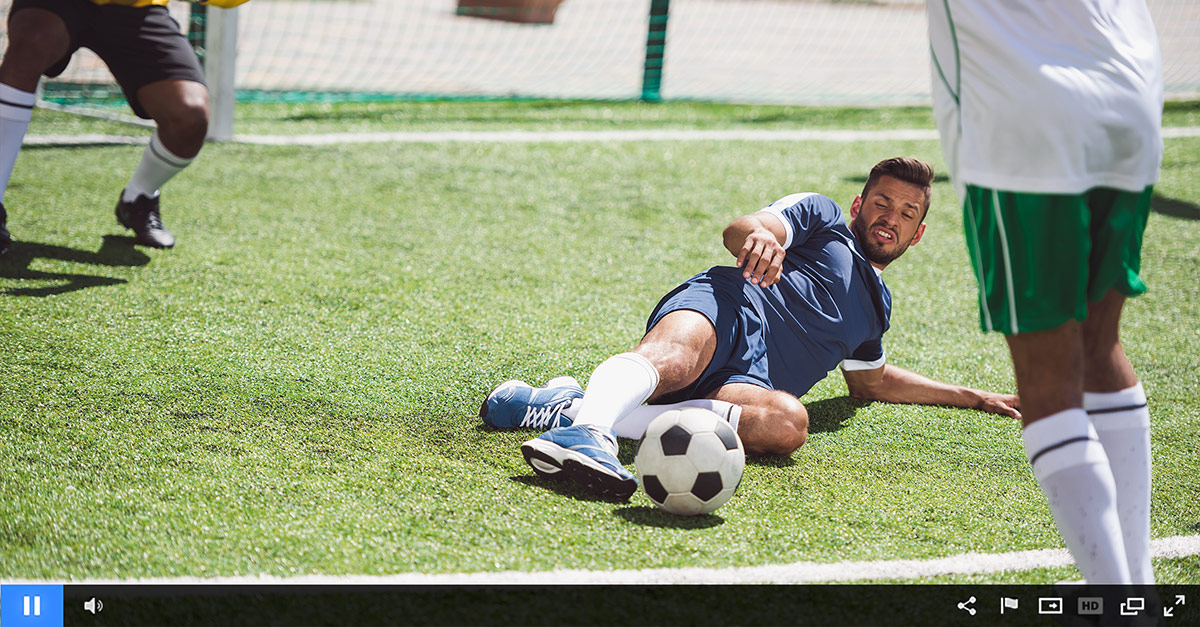 The company creates channels not only for federations, but every club can visit Footters.com to create their own online TV channel for free.

Soccer clubs and individual players will be able to launch subscription and pay-per-view channels, allowing viewers to stream live and recorded footage on their computers or via Footters’ mobile app. The clubs produce their own content for free. In the Footters model, Footters and the soccer clubs share revenue from paid subscribers and PPV viewers on the platform.

The streaming sports model is catching on. Disney, for example, is planning to launch its own ESPN streaming service that will include roughly 10,000 sports events a year — from lower-tier sports, but also the major professional leagues. In the spring, Twitter announced it would begin live-streaming matches of the National Lacrosse League, North America’s professional indoor lacrosse league. The social media network has also conducted live-streams of games played in the National Hockey League and the National Football League (as in, the American sport with the pigskin and shoulder pads).

Facebook recently joined in on the live streaming action as well, signing a deal with Univision and Major League Soccer to live-stream 22 games during the 2017 season. A separate deal, still with Univision, will allow Facebook to live-stream matches from the Mexican soccer league, in English, to Facebook users.

New streaming services for leagues that haven’t been broadcast to date want a way to reach as many viewers as possible. That’s why Footters chose IBM’s Cloud Video platform, which provides global streaming. As a startup online broadcast platform, it has ground to cover. And while Footters isn’t competing directly with larger companies like Facebook, it’s certain that big companies, including TV channels like ESPN, will turn to online streaming as more people cut the cord.

“Our business model is around 300 million soccer players who are invisible around the world,” says Duro. “They have no content online. They have no platform. And they need a pro platform.”

The platform, which launched in beta this August, is already streaming games live and has collections of videos from two soccer clubs: AD Nervion and San Roque Balompié. The website also features a video collection with messages from COO Jose Sánchez and CEO Julio Fariñas. In addition to raising the profile of the clubs, coaches and players associated, says Duro, Footters hopes to be the keeper of memories of the clubs for players and their families.

The full Footters platform is now available to see in full, here.

See how you could use streaming in your business with IBM Watson Media by getting started free.