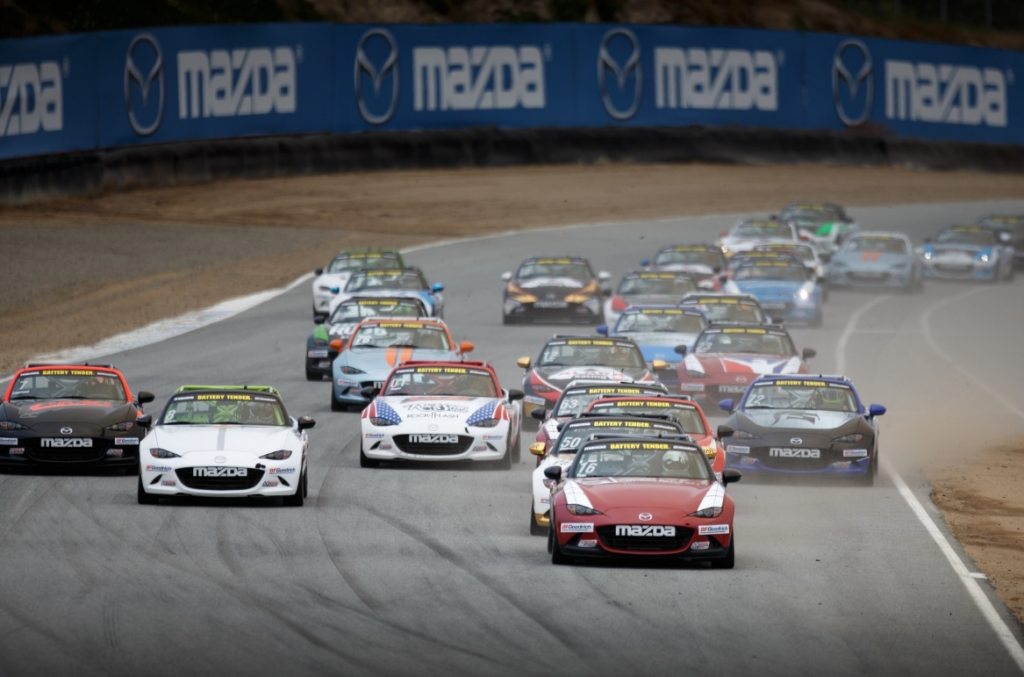 Drivers, start your engines! The 2016 Mazda MX-5 Cup is returning to the Virginia International Raceway for the first time since 2012, and you are not going to want to miss the action. It is also your chance to watch the all-new fourth generation Mazda MX-5 Miata, recently announced right here on IBM’s video streaming services.

On March 22, Mazda unveiled its MX-5 Miata RF at an offsite event on the eve of the New York International Auto Show to a room full of automotive press and analysts, and with the help of IBM, they expanded their reach to over 30,000 live online viewers.

The inaugural Global Mazda MX-5 Cup Invitational brings together drivers from Europe, Asia and North America to race against each other in a series of non-points, invitation-only races. It is a part of a Mazda-exclusive weekend that features both the Mazda Road to Indy and the Mazda Road to 24. This is the final third of the $200,000 chase for the 2016 Mazda Road to 24 Scholarship. See below for weekend scheduled highlights:

Check out the all of the action and recaps of previous races here.