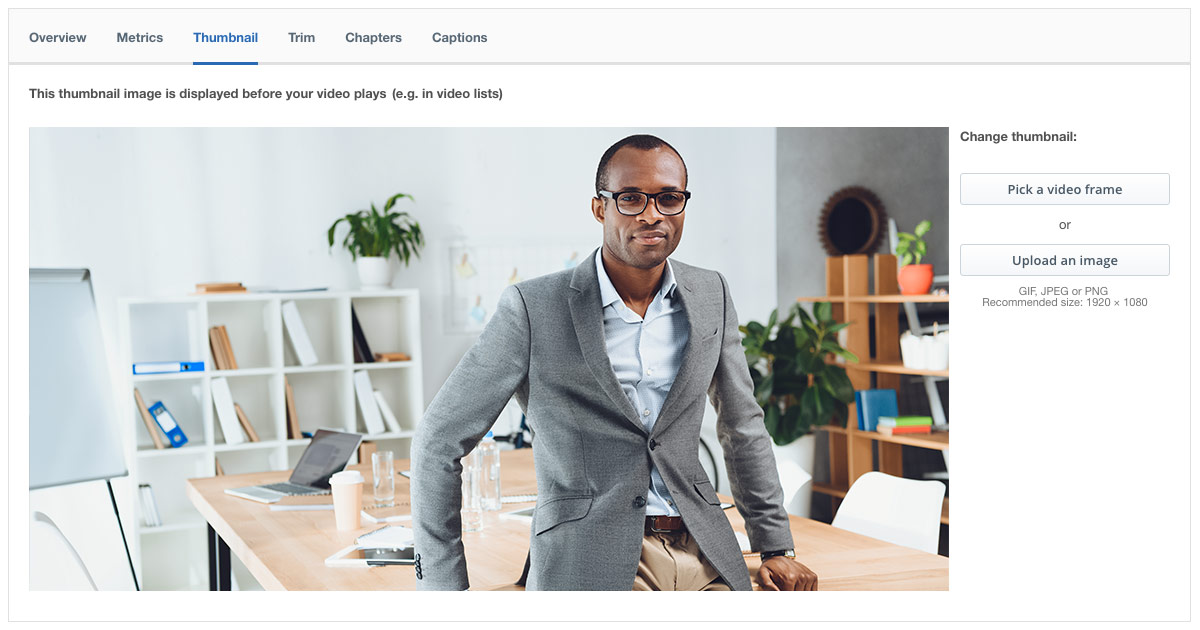 A video thumbnail is an important component of hosting video content online. In many instances, it will be the first thing people see related to the video asset. This can be for external facing assets from a simple Google search, where thumbnails appear in the Video results. It’s also important for internal facing assets using Streaming Manager for Enterprise, where channels can be created with a supplemental video gallery with each additional on demand video represented by a thumbnail.

Consequently, a video thumbnail acts as not just a method to preview what the video is about, but also as a “mini-poster” to market that asset. As a result, it’s important to not just make sure a thumbnail is associated with each video, but also to make sure it’s the most relevant it can be. For those looking for a solution that offers greater control over their video thumbnails, IBM Cloud Video has a suite of cloud based features that include thumbnail generation.

If you prefer a video representation of this, register for our Getting Started webinar which walks through this and other IBM Cloud Video features.

IBM Cloud Video has historically auto generated a thumbnail based on the video asset, which can be either a video file that is uploaded or an auto archive of a previously live stream. This auto generation aspect still exists, and allows for a large batch of video files to be uploaded and quickly utilized. 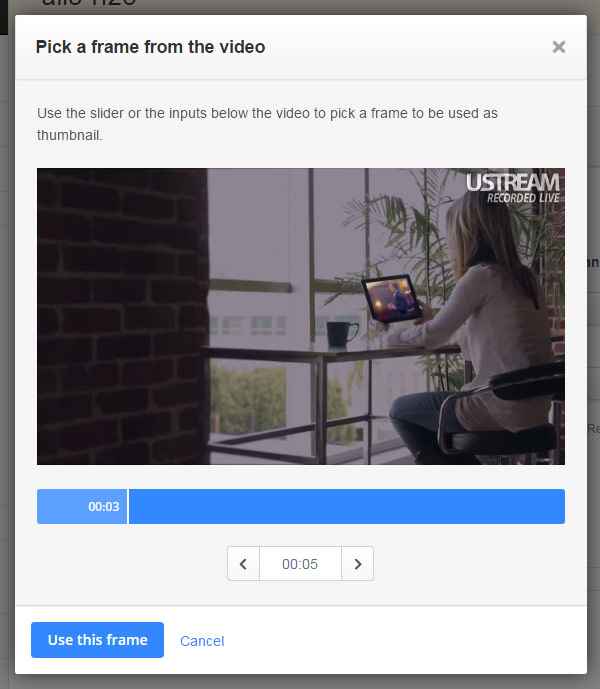 However, what if one of the generated thumbnails is not ideal? For these instances, the video, through the Video Manager, can be selected to bring up a series of thumbnail options. One option given is to pick a new video frame from the on demand content. Choosing this will launch a lightbox, seen to the left, that displays a slider. This setup offers content owners not just precise control over selecting a thumbnail, but also a very quick method to choose a better one.

In execution, the video can be watched and paused, through clicking the video window, when the desired image is onscreen. The user can also utilize the arrows to move, at 1-2 second intervals, to find that perfect still to represent the on demand video.

After being selected, the new thumbnail will automatically be used for that video asset. This can be changed at any time, going back and choosing a different frame from the video to represent the content.

Content owners aren’t locked into using a frame from the video either. Alternatively, they can select to upload an image file as well. Formats supported include GIF, JPEG or PNG files. Animated GIFs can be used, however, after being saved it will use the first frame as the image and not be animated. The recommended pixel size for the image is 1920 x 1080. Different sizes, both larger and smaller, can be used if desired though. It’s suggested to not use an image that is larger than 10MB in terms of the file size.

The final image will be presented in a 16×9 (traditional “widescreen”) aspect ratio. If the image being uploaded is a different aspect, the platform offers cloud based cropping capabilities. 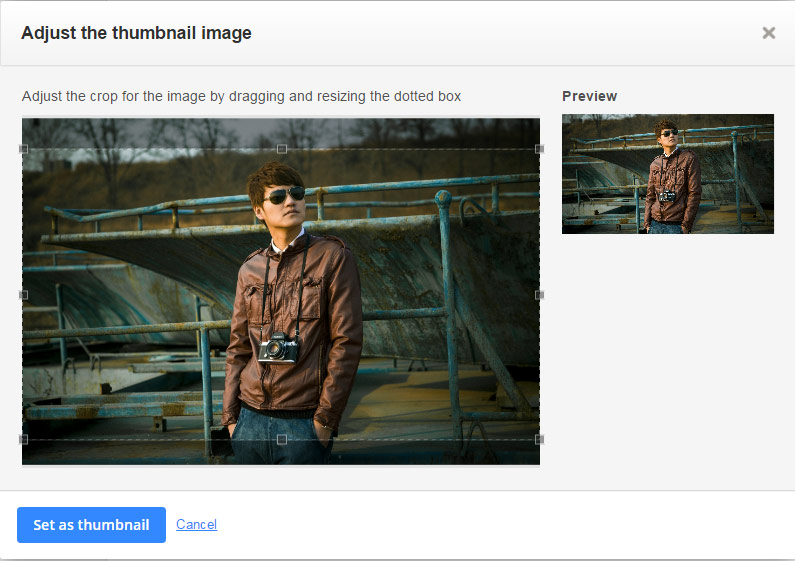 Content owners don’t have to take a thumbnail image and tweak it to the right aspect in a program like Photoshop. Instead, they can speed up their content generation process through cropping the image directly on the IBM Cloud Video platform.

This process is launched automatically after a video thumbnail image is upload. It includes a window used to crop the image and also a preview on the right of what the final image will look like. After setting the cropped version as the thumbnail, the image can be cropped again by uploading the file another time and going through the cropping process once more.

The benefits of a good video thumbnail

A good video thumbnail is very important for your content. In many cases it can be the difference between someone watching or passing on your content. It’s the ultimate first impression, sometimes more so than surrounding copy on the page or even the video title. As outlined in this Video SEO Tips guide, there are far reaching advantages to having an engaging thumbnail on your content.

As a result, it’s worth the extra time to choose a good one to represent your video content, since it will appear both before the player is engaged with and also as a graphic representation inside Google video search results. Sometimes this can mean patiently sifting through video content to find that ideal image. Other times it can include a professional photo or image created through Photoshop or another program.

Things to avoid in your thumbnail image include something that makes the production quality look poor, such as a still image that might misrepresent the lighting. There is no reason to turn away potential viewers who might “judge a book by its cover” for a haphazard image choice. This might seem unfair for the perspective of the content creator, but makes complete sense from the perspective of the viewer: there is a lot of video content out there, and yours is likely indirectly competing against many options. As a result, using the thumbnail as a quick check for content is very common. Consequently, content owners are well advised to spend an amble amount of time picking a great image to represent their content.

A good thumbnail can be crucial for getting the traffic you might want on your video content. It’s well worth the additional time spent choosing an engaging image that will net you additional clicks on your assets. If you are looking to save time on this aspect, one strategy can be to try to use the video thumbnail selector to try and find a good one within the video. If nothing comes up, then you can try to handcraft an ideal one to entice viewers to watch. Although, naturally, if one is dealing with live content then a compelling image would have to be created in advance of the broadcast.

Looking for other ways to enhance your video content? Do you need some help on the production side of content creation? If so, download this 5 Pro Tips for Live Video Production.