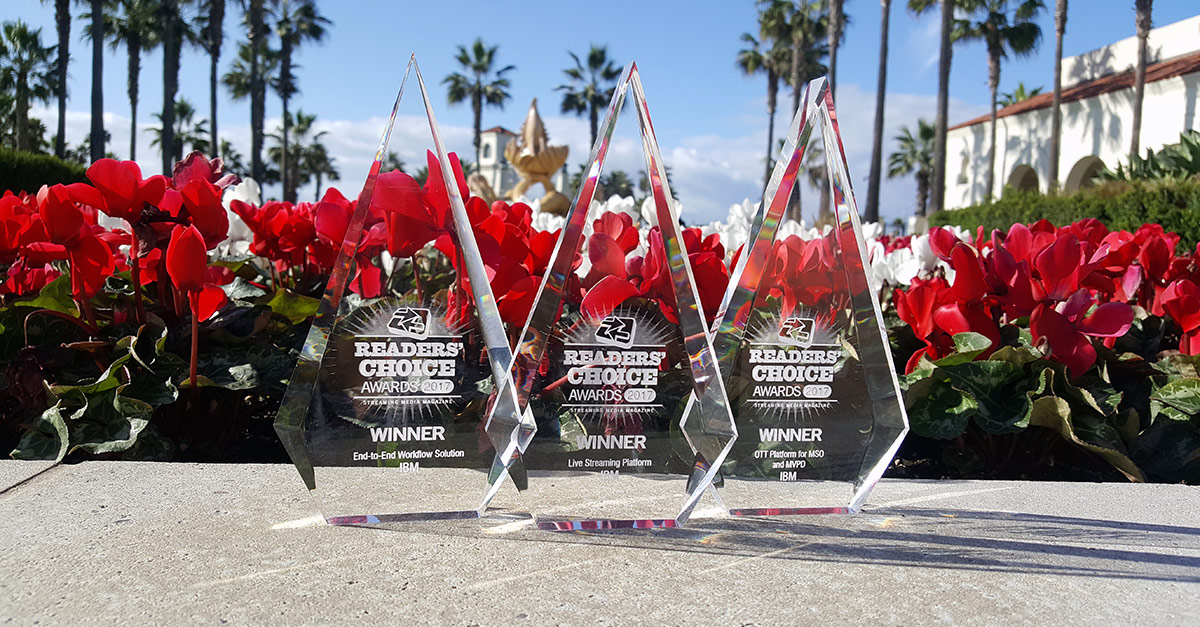 Winners for the Streaming Media Readers’ Choice Awards 2017 have now been announced. Representing the online video industry’s shining stars as selected by users, categories ranged from cloud based solutions, like the Live Streaming Platform category, to physical offerings, like Encoding Hardware (Live). This year, IBM took home three awards at the ceremony in the following categories:

This year, IBM was honored with three awards, including our fifth consecutive win in the live streaming category. Below are some details on each award and also our solutions that were voted by users as the best solution in those categories.

A veteran for winning this award, the Live Streaming Platform category honors the live streaming capabilities of various solutions. IBM offers a couple of services that are a live streaming solution, including the nominated Streaming Manager. This platform includes various other components nominated, such as real-time cloud encoding, real-time analytics and real-time QoS (Quality of Service) elements built to provide scale.

IBM offers an end-to-end solution for both external or internal audiences through its video streaming and enterprise video streaming offerings. This includes everything from an encoder, video player, embed codes, hosted web pages, analytics and more, with flexibility to use other components such as your own RTMP based encoder for live streaming. It includes additional built-in functionality as well, ranging from being able to monitor streams in real-time to individual viewer or lead tracking.

OTT Platform for MSO and MVPD

Our first year winning this award, OTT Video Management from IBM offers intelligent content distribution capabilities for direct and third-party OTT streaming services. This also includes granular access controls to monetize content through subscription and other user based models. In addition, content owners can manage their multiscreen content strategy from a single framework and utilize UX tools to drive a compelling user experience.

Winners were announced on November 3rd at the Streaming Media West trade show. Happening that morning, the finalists were repeated for each category before the winner was announced. The trade show was held at the Hyatt Regency Huntington Beach Resort and Spa in Huntington Beach, California.

IBM/Ustream at the Readers’ Choice Awards

2017 marks the first year that Ustream was represented as “IBM Cloud Video”, where as last year it was as “Ustream an IBM Company”. Ustream, and by extension IBM now, has had a long history with the Readers’ Choice Awards.

Of note, since 2013, Ustream has always won the Live Video Platform award, although called the Live Streaming Platform award in 2016. 2010 was the first year that Ustream won this category, while in 2009 it was nominated.

Below are all the prior awards that Ustream has been awarded, either as the winner or, in the case of two instances which are noted, as a runner-up.

History of the Readers’ Choice Awards

The awards attract thousands of voters each year, with the 2016 event garnering 34,000 votes. 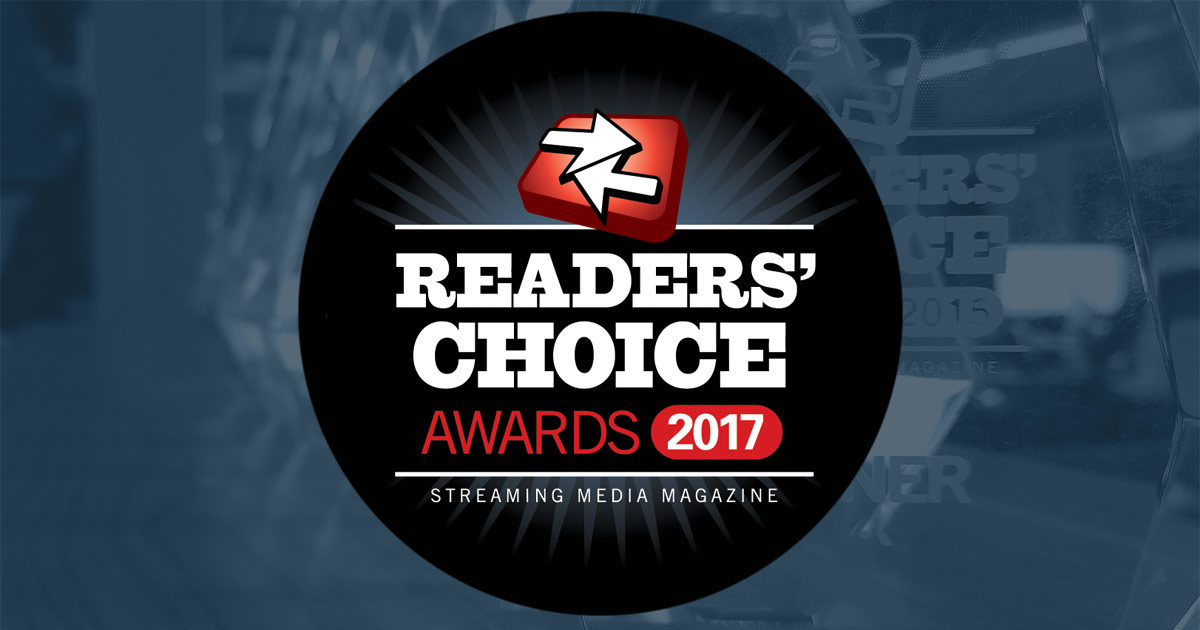