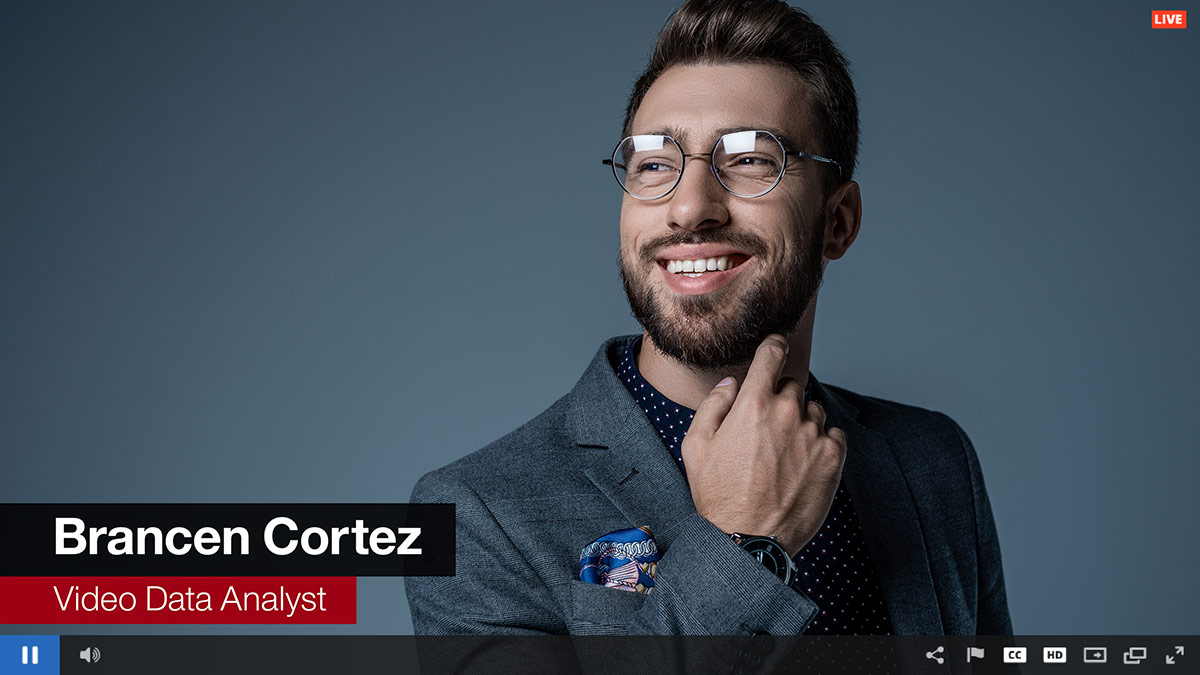 Need a guide for creating lower thirds for live video?

Looking for some additional advice as part of your live streaming strategy? Download these 5 Pro Tips for Live Video Production.

What are lower thirds?

A lower third is a graphic overlay that appears on top of video content. The name comes from it being located in the lower third area of the screen, seen below in the red portion of the image. 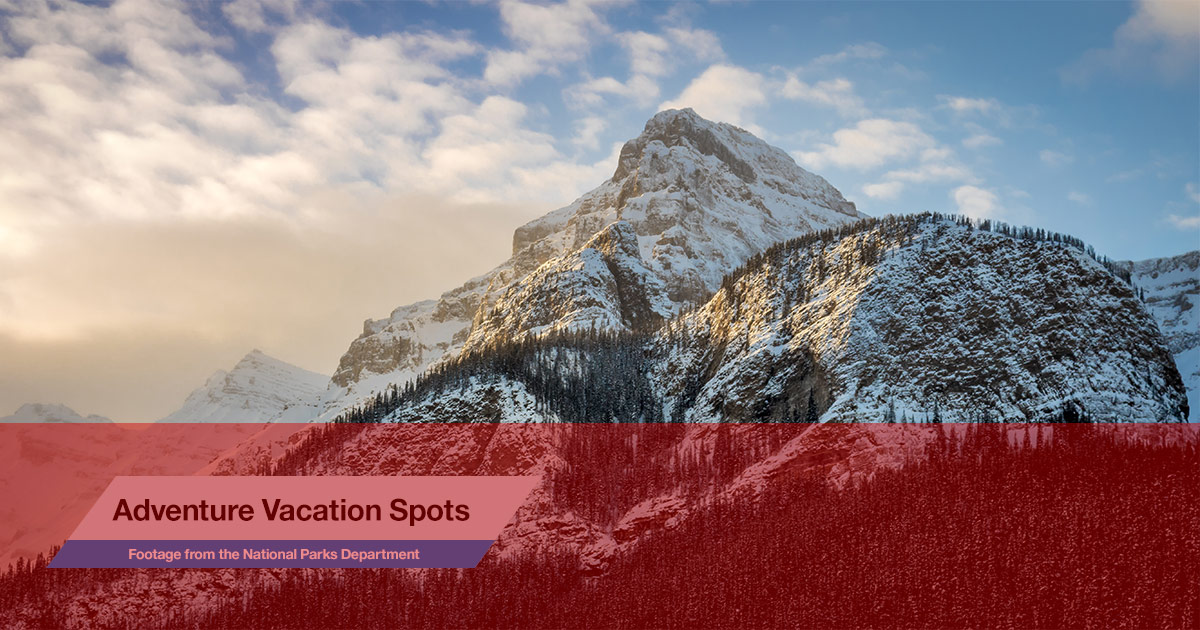 What makes for a good lower third?

In a single word: readability. A good lower third should be easily legible above all else. This usually means avoiding a single text color with no background. For example solid white text, which could clash against light skin tones, the sky or other elements in the frame. A solution to this is adding a solid background to the text or adding a shadow effect, so that the text is still legible regardless of the background.

Another good practice is designing a lower third that is on brand: something that looks visually appealing but is also a good representation of the company involved. Now this doesn’t need to be logos of the company, mascots or anything that on the nose. It can instead be the font type chosen or the colors used to make sure they are on brand.

Another good practice is not to get too caught up in trying to design something too intricate or visually appealing. A lower third will never be the “star” of a broadcast, and should instead be approached with the mindset of making something quick to read and professional looking. Ideally someone can glance at it, get the information quickly, and then focus back on the engaging video content that the viewer likely came there for in the first place. Below is an example of an okay but less than optimal lower third: 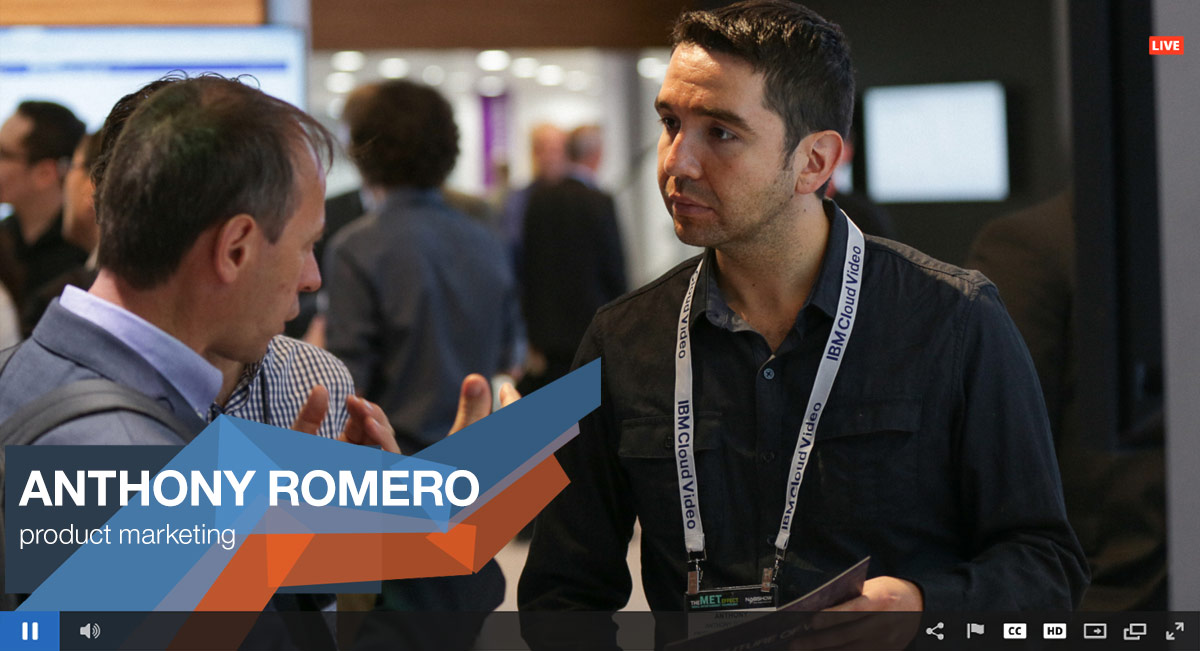 While visually appealing, it draws a bit too much attention to itself. In addition, the design favors aesthetics over readability, as it contains a multi-tone background that makes the white text pop less. See the cover image at the very top for an example of something that is more legible while looking professional.

Use cases for lower thirds

Lower thirds are common in many kinds of video content, from interviews, sports casts to even webinars. Similarly, what information is found in the lower third can be diverse as well. Below are a few use cases for lower thirds.

To add lower thirds to your live video content, this is generally done at the encoder level. Luckily, many software encoders have the feature either built-in or a way to manage lower thirds when added, such as through layers or adding inputs.

Wirecast is setup around layers, which, as the name implies, allow you to layer elements on the same video frame. By default, there are five different layers to choose from. Each layer can have multiple elements, from a still image to a video feed, on it. When using Wirecast, you’re essentially the producer, deciding what elements display in real time.

To achieve a lower third in Wirecast, this element simply has to be in the layer above the video source. An example of this can be seen below.

How you achieve that lower third can range. Wirecast has built-in features for adding text, complete with a background, or other applications like a countdown. However, while very easy to add, this may not give the desired aesthetic result. An alternative method is to “add media” and then choose an image, ideally with a transparent element to it. Fade and other effects can be added. You could also create an image carousel, which will switch through images. The use case for this as a lower third can range from switching between sponsor messages to logos. Now a lower third doesn’t have to be limited to an image file either. In fact, it can be an animated video file too. This can include mixing and matching as well, where an animated video file can contain the background and the text is a literal text layer through Wirecast.

One of the great things about Wirecast is that it’s very easy to resize these elements inside the program too. So a lower third graphic doesn’t have to be the exact dimensions.

The vMix live encoder has a built-in lower third feature. To access it, click “Add Input”. From here one of the options is called “Title/XAML”. Many default options are available here, including:

Once an option is selected, it will allow you to customize the text inside. 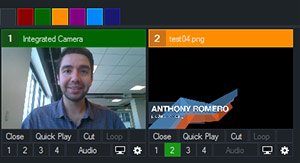 Alternatively, you can also do this with overlaying an image onto another source. This is done by clicking the numbers below which are stated as 1, 2, 3, 4. These numbers work like layers, meaning that you can have up to three images overlaying on top of a video feed or another source.

However, the images will generally fill the frame. This means when you create your lower third it needs to be the exact same resolution and size as the source. So if your video source is 1280×720, make sure the PNG has amble transparent space so that the total size of the image is the same: 1280×720.

Open Broadcaster Software is an open source encoder. Similar to other software solutions, it has a couple of ways to add lower thirds to your video stream. First off, OBS works on the concept of sources in a layered view, as seen below.

To achieve a lower third on screen, this element simply has to be above the video source it needs to display on top of.

Similar to Wirecast, OBS has a built-in text option as well. This includes both text and colored backgrounds. It also includes the ability to make the background semi-transparent, which can be more visually appealing. Alternatively, an image file that is a lower third can also be uploaded and placed above the video source. Eye icons appear to the left of each source, so a lower third can be enabled or disabled by clicking these.

Lower thirds can provide quick, on-screen context. They can also reinforce statements or, arguably, provide invaluable information like a scoreboard for sports.

Executing on a lower third can vary, although many software encoders contain built-in ways to add them to your live stream. This includes ease of use models, with directly adding text into an encoder, to more visually pleasing options that can require bringing in an animated element or an image.

Looking to broaden your scope of more angles of live production? If so, register for our Video Production Secrets of Success webinar.