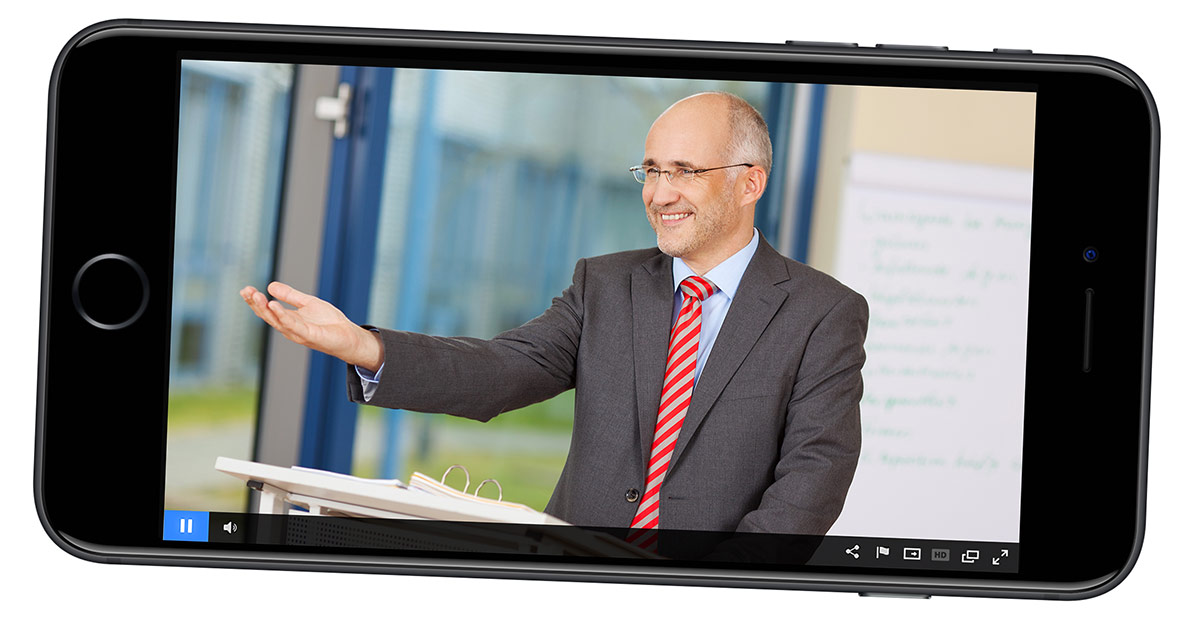 Wondering how to improve live streaming video audience engagement? Facebook and Twitter, texts, email, Slack, real-life meetings – just some of the many distractions that can lure viewers away from streaming video presentations such as training sessions and corporate town hall meetings.

It’s hard enough ensuring that viewers pay attention when they’re sitting around a conference table or seated in an auditorium. But if they’re not even in the same room as the presenters, how can you attract their attention over the course of the video stream?

So how do you engage employees with corporate communications? Well it can help to take a page from video marketing, where dollars are directly on the line to prove ROI. Where engaging video content is not something that is just stumbled upon, but carefully orchestrated. So we’ve interviewed communicators and video experts, ranging from those in video marketing to video production, to give you pointers on successfully engaging your employees with live content until the very end.

Plan, and plan some more

Live streaming video events aren’t a good time to wing it – or to simply hope that speakers will be engaging enough to hold viewers’ attention. Just because something is corporate communications related doesn’t guarantee the viewer will pay attention through it. “Creating an effective streaming video requires planning,” says Beth VanStory, a fractional chief marketing officer with Chief Outsiders. “Develop a script like you would for a playback video.” Add time stops and detail what will be seen on screen at each time stop. Also, break down lengthy segments into smaller pieces so that you keep impatient viewers engaged.

“When there’s a break in the action on the stage, your online audiences tend to take a break themselves, and some participants never return,” explains Jeff Kear, founder and head of marketing for Planning Pod, an event management software company. His strategy is to offer content during the breaks, such as interviews with subject matter experts or people who were interviewed earlier in the webcast. “This way, you can have your interviewer ask follow-up questions on any content that was presented earlier, and you can have your online audience text questions live and get them answered,” Kear says.

Another idea: Create a “news desk,” suggests Kear, so a spokesperson can present material during breaks in the action, such as updates on industry news.

Viewers who aren’t in the same room as the presenters – and even those who are – want to know that their attendance is valued. “The simplest thing to do is to start out with an emotional message – something like, you’re the best, we love you, you guys rock,” suggests Misha Koroteev, creative director for digital production company VGNC. Using time at the beginning of a presentation this way connects with the audience and reminds them that their presence is important.

When viewers realize they’re getting information that they’re missing, they’re more likely to pay attention. This is a strategy used by Josh Brown, content and community manager at Fieldboom, an online survey company. “You can make use of strategic questions to create a knowledge gap,” Brown says. The knowledge gap idea comes from the book Made to Stick, and posits that people will be curious about the ideas you raise if they think the information is vital enough.

Many of your off-site viewers may be watching streaming video on smartphones or tablets. “They can lose interest unless the subject takes up the majority of the screen space,” says Slavik Boyechk, video producer and creator of the website Gear Dads. He suggests that your camera operators zoom in on speakers’ faces as far as possible – “and then zoom in a little more,” he says. Also advised: using multiple cameras so you have can offer varied shots that help retain viewer interest – for example, a wider shot of the speaker and shots of the audience.

A live stream represents a limited opportunity for companies to reach an audience—whether it bet its own employees, its customers or prospective customers.

Making the most out of that time is essential, so organizers should plan a live stream that’s designed to engage and interest viewers. Making content personal and educational, dynamic—with different shots and angles—and planned for pauses or anything unexpected, are ways to draw audiences in and keep them involved over the course of the stream.

Looking for more tips and tricks around live streaming? Check out these five pro tips for video production.