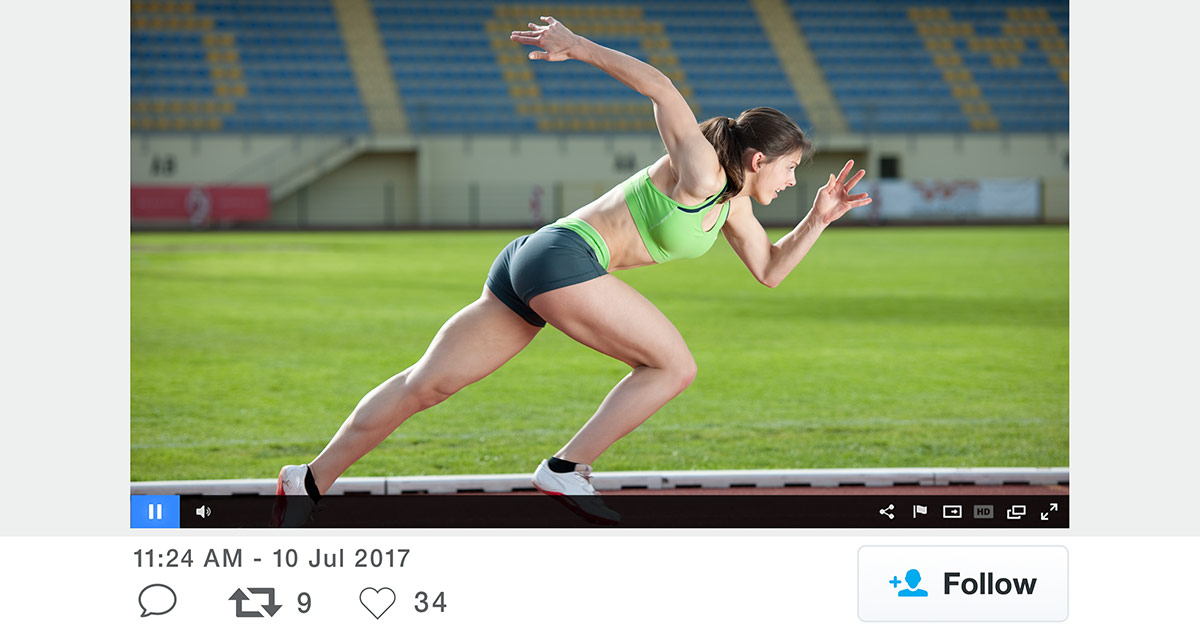 What is inline video playback?

The term inline can have different associations, especially for C++. In relation to video, though, it means the video player can work inside an application. In respects to social media, this means a video player that works directly from a Tweet or from a Facebook post. If it didn’t feature inline playback, the content would instead work like a link. In that scenario the content would be clicked on and lead to a new page where the video content is played.

Removing barriers from watching content will increase viewership. Placing yourself in the viewer’s shows, are you more likely to click on a link that mentions watching a video or are you more likely to click the play button on a player? Studies as far back as 2010 have shown that when it comes to a checkout process, a single page versus multiple pages can perform as much as 21.8% better. Now that’s something as demanding as asking someone to purchase, but can be applied to any action. Simply put, decreasing the steps required, even if it’s just removing a click, can improve people from completing that action. Part of the reason is that there is less chance for them to abandon the process. That logic applies to video content as well.

The other advantage of inline playback is being able to tap into the social aspects of the platform. For example, other users can like or share content placed on the network. This gives a greater chance for content to go viral, placing it in front of more eyeballs, through presenting an easy method for others to share. Ideally, if they found it interesting, their friends and others with similar interests would find it to be valuable content as well. To that goal, including the social validation metrics, such as likes, can also help nudge someone toward taking the action of watching the content too, being given piece of mind that others enjoyed the content.

Furthermore, social posts containing the player can also be embedded on a website. This is can be done through the “Embed Tweet” option on Twitter or using the Facebook Developer Tools: Embedded Posts feature. Note that this does not offer as clean an experience as just embedding the player. That said, if social engagement is a priority, it is an option.

As long as a channel page is public, generally, adding inline playback on Facebook or Twitter is as easy as posting the channel page link in a wall post or tweet. Caveats to that statement include that the channel page should have no restrictions on it, meaning secured Streaming Manager for Enterprise content will not work. It also needs to be free of ads generated from ad networks. Furthermore, the content can not be gated using a registration gate and individual viewer tracking feature.

Assuming this criteria is met, an image and play icon should appear in the post. Once the icon is clicked, the video player will display on the social network and the video can be watched directly from it. If the criteria is not met, for example if there is a registration gate on the asset, then clicking will redirect to the channel page where the content can be watched.

The actual player used will differ based on the network. Currently, Twitter blocks Flash based content. They are one of many causing controversy around the technology, which is outlined in our HTML5 Video Player vs. Flash article. On the other hand, Facebook does not support HTML5 content. As a result, there is a crossroads for those looking to share content on the two popular social networks. To address this, the IBM video streaming player will dynamically select the appropriate technology based on the platform. So right now Twitter gets the HTML5 version of the player, while Facebook gets Flash. Because of this the player experience differs. The negative to this, though, is that Flash content does not play on popular mobile formats like iOS and Android. What happens is that the content will instead open in a new window on mobiles. Thankfully, this means channel page itself will detect if they are on a mobile and serve them an HTML5 version of the player. So that viewer can still watch the content as a result, even if they are on a mobile, although with an extra click to do so.

When video content is placed inline on Twitter, the post will appear with an image and a play icon over it. Depending on your view, this could be a small square thumbnail or a larger 16:9 thumbnail. The image used will be the same one that was used as part of the video thumbnail generator process. Once clicked, the player will expand and fill the available space if it’s a square thumbnail or just replace the image if its the 16:9 thumbnail.

Note that the overall experience has changed over the years, as social networks continue to alter how users interact with content. In fact, at one time on Twitter a user had to visit the isolated tweet view to play inline content. Today, though, it can be accessed as part of a stream. As a result, below is a live example of this from an embed tweet. It can be clicked and engaged with in order to demonstrate the current way this feature works:

Please note that inline playback on Twitter does not work over mobiles. When the play icon is clicked the channel page will open and the video content will play from there, rather than directly from the social network.

[Note: as of February 2017, inline playback is not working on Facebook due to a recent update by Facebook. We will continue to monitor if this changes. If the video can be played below, it means the inline playback has returned.]

When a channel link is placed on Facebook, a 16:9 thumbnail will be generated with a play icon over it. Clicking the icon, or really any part of the image, will cause the video player to appear and start playback.

Similar to Twitter, the overall inline playback experience has changed with time. Rather than showing screenshots, which might become out dated, here is an embed of the experience that can be engaged with:

Note that if your video does not appear to be playing inline on Facebook, you may need to debug the URL. Use the Facebook Debugger to add your URL into the debugger tool. This will force Facebook to remove any cached versions of that page and create a new, updated version.

Sharing on other social networks 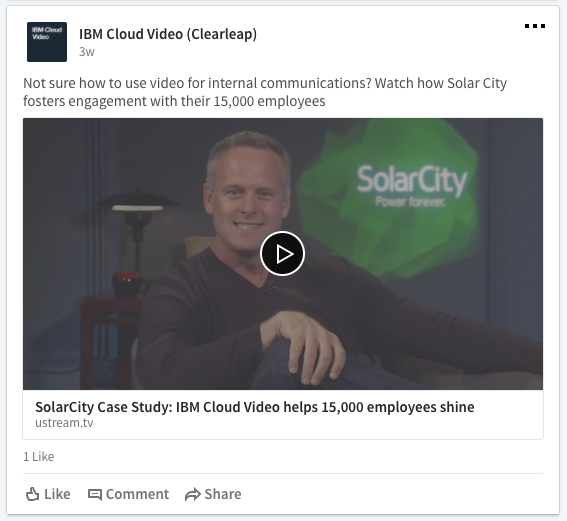 Unfortunately, inline video playback does not work on other social networks. That said, the resulting experience does make it obvious the content is video on some networks. To the right is an example from LinkedIn, which does show an image which is overt as to it being video content. However, when clicked, the viewer is redirected to the channel page where they can watch the content, rather than being able to watch it directly on LinkedIn.

Others don’t make the distinct quite as clear. For example, on Google+ it will grab the thumbnail for the video and use it to represent the content. However, no play icon or anything to denote it’s linking to video content will appear.

Inline video playback offers a nice way to bolster your audience size while also increasing engagement on your social accounts. The feature is ease of use based, as simple as putting a link on a tweet or wall post, and offers a simple way for your viewers to share that content with others.

Looking to take advantage of these features?

Sign up for a free trial of IBM’s video streaming