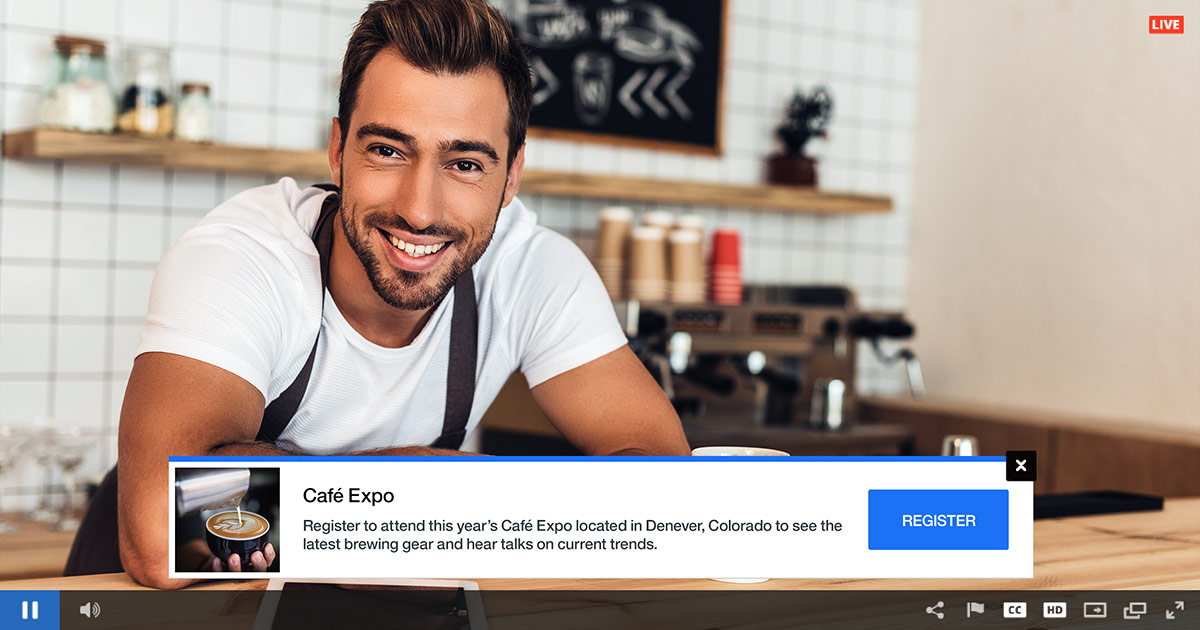 This article talks about how important video marketing can be for a variety of use cases. It then dives into important features for these use cases from video marketing software as a service (SAAS) solutions in the cloud. These features range from integrated CTAs, to lead generation and prospect tracking as well.

For more advice on video marketing use cases, also be sure to download our How to Increase Conversions with Online Video white paper. For brand and retail marketing use cases, watch this Live Video Inspiration Webcast with Brandlive, a live video platform solution for marketing.

Power your sales funnel with video

When it comes to marketing, video is a versatile medium. It’s one that can extend far beyond a short video put on a home page. A successful video campaign can be used to generate leads (webinars), nurture prospects (customer story videos) or help to convert (demo live streams).

In effect, video content can be used for each part of a sales funnel. Furthermore, before a live stream is done or an on-demand asset is created, their intended use should be defined. The reason being that how the video marketing SAAS solution is used will differ based on the use case.

Awareness focused content, for example, can be distributed without much restriction, although should be monitored for analytics to gauge performance. Other assets might benefit from CTAs for conversions from prospects later down the funnel, while others might be gated assets that require registration to start generating leads.

CTAs for lead generation or conversion

Creating compelling content is one thing, but video marketing exists to raise awareness, generate leads and ultimately help drive sales. As a result, there needs to be a way to bridge the gap between someone watching great content and actually becoming a lead or making a purchase.

A CTA (call to action) is the method to do this: presenting the user a clear path to become a lead or a direct path to conversion. For example, on a product demo a very effective CTA could be a place where they could actually purchase the product being demonstrated.

The CTA being used should line up with where the audience might be in the sales cycle. So an introductory tips video might have a CTA to register, thereby converting them to a lead, while a product specific webinar might direct them to purchase. Going for broke, like a pre-order CTA for a product launch, can sometimes be very beneficial though. 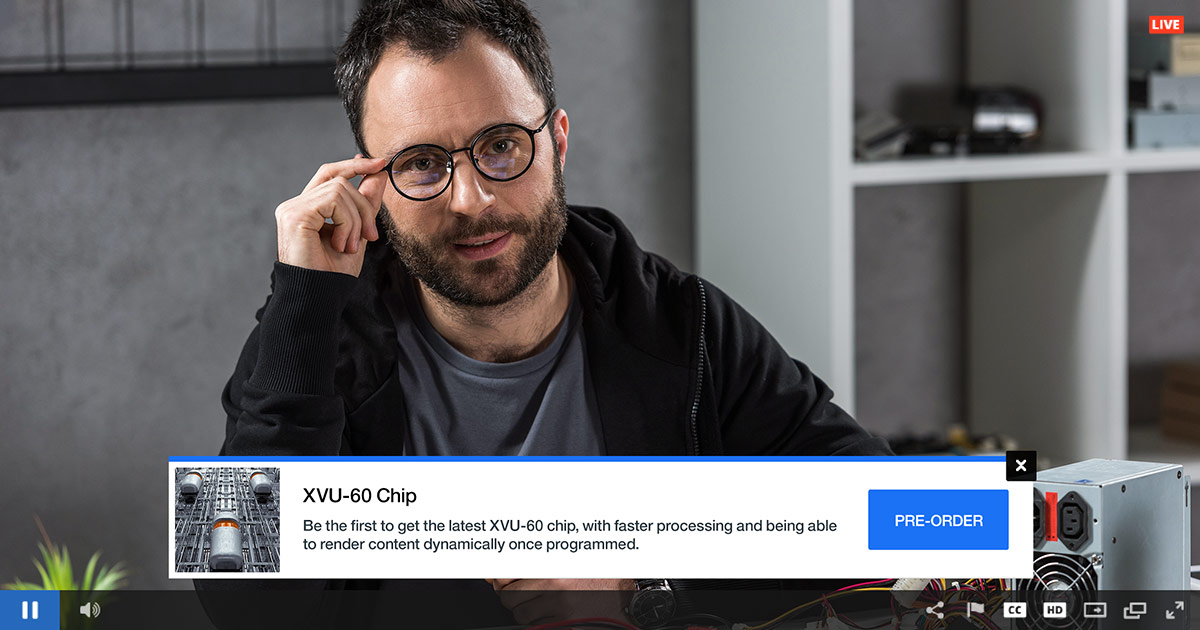 At IBM Watson Media, this can be done through a live video CTA, which adds a video overlay. This include a title, description, thumbnail and a button with the goal to entice the viewer to click. These can be pushed out by the content owner during key moments. For example, during a product launch a video overlay might be added with the ability to pre-order after the product has been mostly unveiled.

CTAs can be valuable to generate leads or convert prospects. Sometimes, though, it’s easier to generate a lead by gating assets and asking users to register before they can view. Webinars are great examples of this, where it’s a common practice to register before being able to watch the webinar. Product demos, seminars, thought leader pieces and more are other good examples of valuable assets worth gating. In fact, most content that is not focused on building awareness can be a solid fit for being gated. 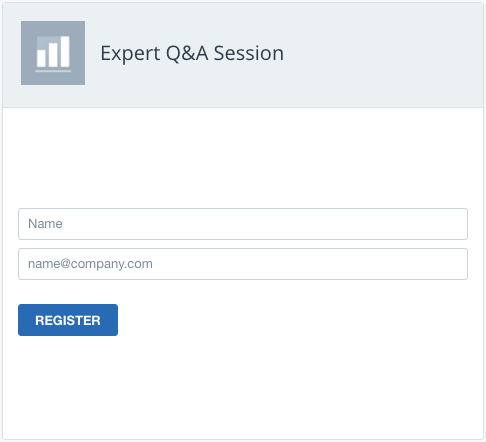 When it comes to generating leads, it’s best to offer a registration form that is “lean”. In other words remove, as many unnecessary fields as possible. The reason being that the less fields involved the less intimidating it looks and the more likely someone is to fill it out. More fields means more time to have second thoughts and abandon the process before completion.

Now the leanest of the leans can just be an email or a phone number, some way for further communication to reach them. Generally you’ll want more than this, though, be it asking for their name, industry, country or something else. However, each additional field should be taken into deep consideration. Basically ask: is this additional information worth losing a few potential leads over? If the answer is yes, you are on the right approach. Another thing to consider is that you might be able to get the information you are looking for in another way, without directly asking them…

For example, at IBM Watson Media, a registration gate can be added before live and on-demand content. Now not only does it capture the registration fields, but also the location of the person filling it out. This includes country, state (if in the United States) and city. This data is then associated with the registration. As a result, you gained valuable information without having to add extra fields in the form.

This isn’t the end of the road for the lead and the SAAS solution, though, as next comes lead tracking.

After a lead is generated through a registration gate, a process of qualifying them begins. This might start with some of the answers given in the registration form. For example, maybe their title is seen as having buying power and a good fit for your services. It could also be based on where they are coming from, like maybe your product might appeal more to those in the European market.

It could also, though, be based on their activity after filling out the registration form. Through IBM’s video streaming and enterprise video streaming offerings, leads are tracked following registration. This will show how many assets were watched, when they were viewed and how much of the content was seen. By having access to this information, marketers can start to determine a prospect that is more interested in their services versus those who aren’t.

For example, this might be the profile of a low qualified lead:

To elaborate, there are several signs of disinterest here. First, they only watched one video and didn’t engage with any other assets. Second is that they only watched a small part of the video as well. Finally the last time they engaged with content was quite some time ago.

In contrast, this could be the profile of a higher quality lead:

We see a few things different here. First is that they watched a lot of content. Second: they watched most of that content to completion as well. Finally they also engaged with assets on multiple dates, and even did so recently. The fact that they watched demos as well would likely be a good sign that they are interested in your products in particular, and might be a great use case for having someone in sales personally follow up with them.

A good video marketing software as a service solution also needs a way to analyze success. The reason being that video marketers should be rewarding assets that perform better by creating content in either a similar style or around a similar subject to increase their effectiveness.

The best criteria is often times content that is converting or driving leads. For example, if someone in sales tells you that a lead converted and they want more like that, and you can see the video they registered and watched, those would be prime examples of excellent content. However, sometimes the signs aren’t as clear, or you’re looking for other criteria. Another flag can be how many people watched a piece of content in the first place. That can signal initial interest. Another metric is to look at engagement. 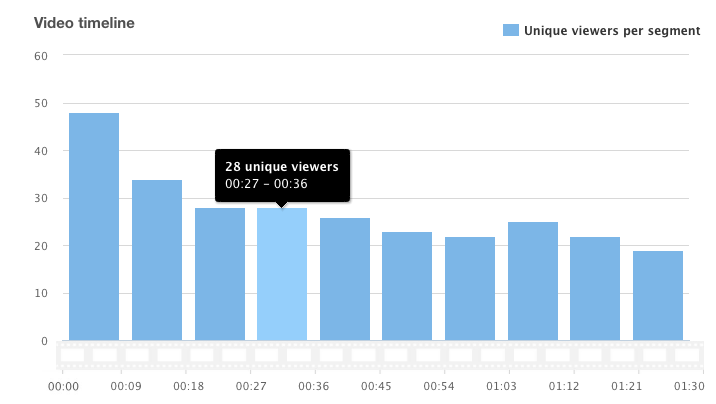 With IBM’s video streaming and enterprise video streaming offerings, content engagement can be tracked on a per asset basis. A warning sign can be if most of the viewers drop off from watching the video very quickly. This could mean that the content wasn’t seen as relevant to them, or it didn’t sizzle the benefits of watching quickly enough and people abandoned before it could. A positive sign, though, is if people largely watched the content all the way through or that there was very little drop off until near the end.

Reports have already come in of mobile viewership surpassing desktop in some instances. That’s not liable to change. As a result, a video marketing solution should be able to reach mobile devices. This means that it’s not Flash based, either the actual video player or add ons like the registration gate. Video content should also be presented with adaptive bitrates as well, a process of providing multiple resolution and bitrate combinations that are served dynamically based on their connection speed. So if someone is on a train with their phone and has a slow connection they could still theoretically watch even if the quality was reduced.

Video is a powerful tool for marketers. With the right features from software as a service solutions, marketers can better generate, nurture and convert leads through their video marketing activities. A key takeaway, though, is to be mindful of where an asset, be it a live stream or on-demand video, fits into targeting people in a sales funnel. That will in part determine which tools are used to help drive them toward a goal of eventual converse.