What is Closed Captioning and How Does it Work 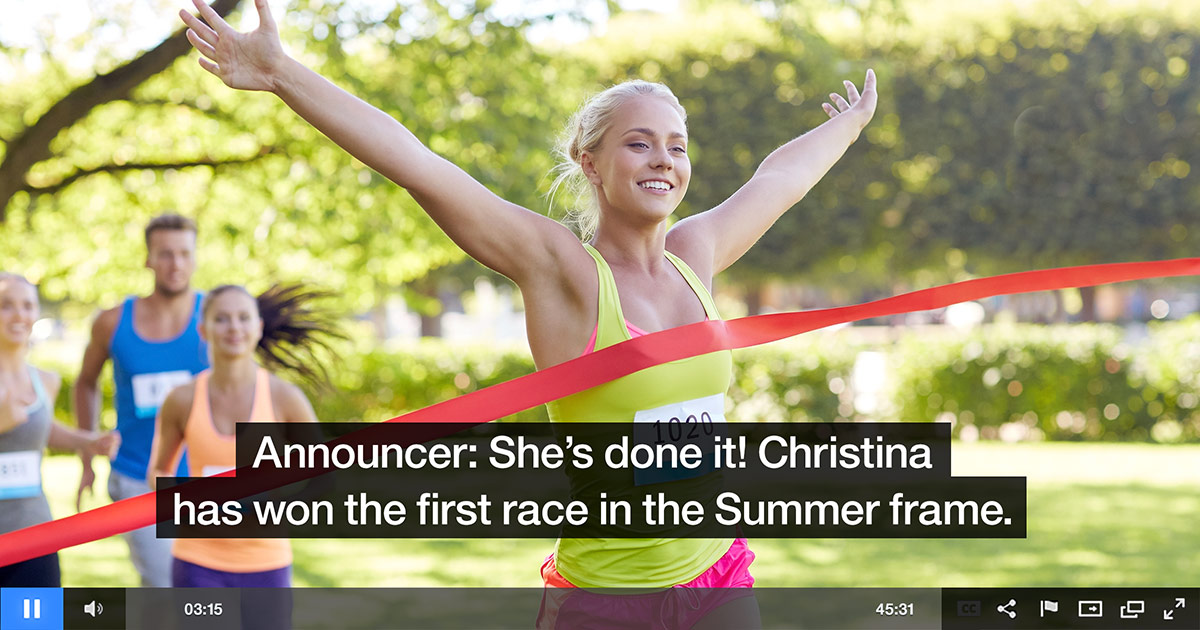 Wondering what is closed captioning? Curious on why you should be captioning your content, or what regulations might exist that could impact your industry?

This article describes closed captions and relates why they are important, with an emphasis on the legal side of the equation. It also includes some best practices, to ensure that content owners are creating what could be considered quality closed captions, both from an accessibility standpoint and to protect organizations as regulations tighten. It also concludes with some resources to help you start captioning your video content as well. For a demonstration of some of those techniques, and to learn overall where the industry is headed, also be sure to check out our Video Trends in 2018 webinar.

What is closed captioning?

Often abbreviated as CC, closed captioning is the process of including text with video with the intention of providing interpretive information. So for example placing dialogue or actions in text so it can be read. Captions are often associated with helping those who might be deaf or hard of hearing so that they can consume video content. However, it should not be assumed that they are only used for those with hearing issues. In fact, as long as a decade ago, a study in the UK found that 80% of those that use closed captioning are not hard of hearing or deaf. Reasons for this can range from preference to just catering to non-native speakers whose understanding of the events unfolding before them will be enhanced thanks to them.

Furthermore, as more video is viewed online, more content is watched muted. In fact, 85% of video content on Facebook is watched with the sound off. As a result, video becomes more visually important, and closed captions can be a great way to bridge that gap in allowing viewers to understand the content solely through its visuals.

What’s the difference between open and closed captions?

Closed captions are selectable. This means they can be turned off, either through the click of a button or another method that allows for them to be disabled. The name implies that they can be hidden or closed from view.

In terms of which is better, the closed captions provide a much nicer experience since the viewer is given the choice of how they want to watch their content.

Why is closed captioning important?

Closed captioning increases the video’s potential audience. It allows content owners to reach viewers that might be hard of hearing or deaf, for example, but also just those who might struggle hearing the content and would choose to watch something with captions over something without. The audience size for this is projected to be pretty sizable as well. In fact, 15% of American adults, a population size of 37.5 million, report some trouble hearing.

There is also just the nature of online viewing, which, as previously discussed, sees a lot of video content watched while muted. In this scenario, captions are a way to connect better with an audience that is electing to watch video without any audio.

Depending on your use case, though, there might also be legal motivations as well. A famous example is the federal lawsuit filed by the advocates for the deaf against M.I.T. and Harvard. Filed in February of 2015, the lawsuit was for the violation of anti-discrimination laws. The lawsuit is directed toward the libraries of online content, from lectures to courses, that did not offer closed captions.

Now legislation, called the “Twenty-First Century Communications and Video Accessibility Act“, has been in place around closed captions since January of 2012. However, it has been worded in a way that relates only to televised content, stating:

“…programs shown on television with captioning will be required to include the captioning when they are re-shown on the Internet.”

This is why the lawsuit against M.I.T. and Harvard, which in November of 2016 moved forward despite attempts to dismiss it, will likely set precedent. Either way, it leaves content owners working in the education sector or other potentially impacted sectors with a motivation to add captions if they were previously on the fence about doing so. 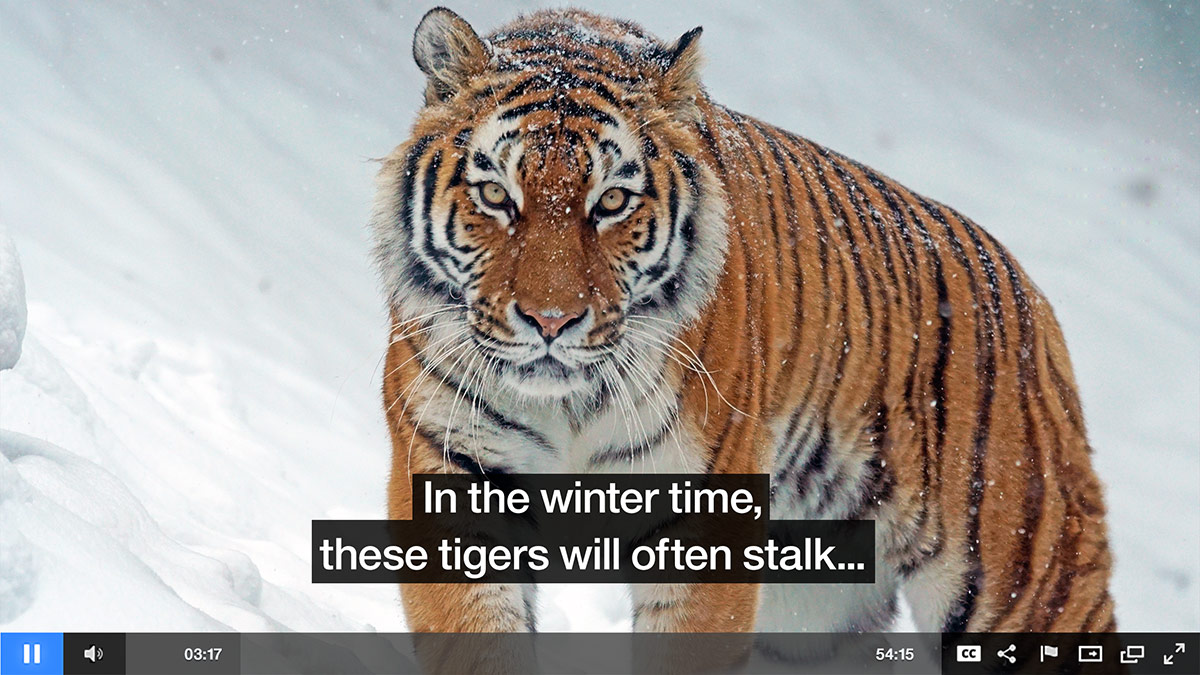 Regulations around closed captions are continually updated, evolving across a variety of industries. As in the instance above, some are dictated by court battles, while others are defined by government bodies. Below is an “in the moment” list of some of these regulations and the industries that are impacted by them. 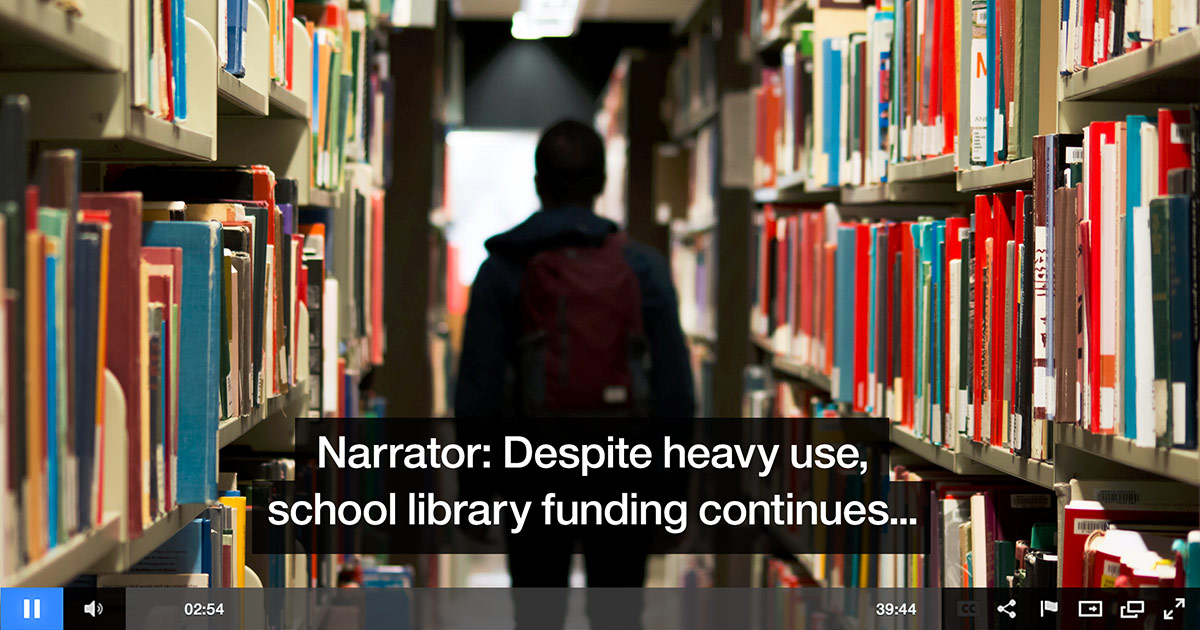 Looking over the myriad of regulations can be daunting. In particular with the knowledge that these regulations will change overtime, and history has shown this to mean either caption regulations where none existed before or a tightening in what could be considered quality guidelines for captioning.

As a result, even if a content owner isn’t subject to caption regulations, it can be advised to start looking at a strategy to implement them and to do so in a manner that produces quality captions. To facilitate this, below are some best practices to consider when creating captions for your video content.

Once a content owner has decided to caption their on-demand videos, the first step is to produce a caption file that can be associated with that content. These files are a mixture of time stamps with text, transcribing the moment in the video when the the subtitle should both appear and disappear.

Executing on this will involve uploading the caption file with the video content, usually separately. For more details on this, reference our WebVTT caption article. How this WebVTT file is created can range, though. It can include software programs, text editors and even machine based learning. For the latter, IBM Watson Media can convert video speech to text using IBM Watson.

As one might expect, adding closed captions to a live stream is a bit more challenging. This is done through formats like CEA-608 and CEA-708, and inserted at the encoder level. There are several encoders that support this, from the Teradek Cube to the Osprey Talon G1 Encoder. There are also services that can be used as an in-between, such as the EEG Falcon service, that can add captions to virtually any RTMP (Real Time Messaging Protocol) feed. If encoders are an unfamiliar term and you are just getting started live streaming, check out these 5 Pro Tips for Live Video Production to arm yourself with information to make your broadcast a success.

Closed captions provide a great way to add context for people who have trouble hearing or simply elect to watch content muted. As regulations around them increase as well this transitions more from a “nice have” to increase audience retention to a must have for many industries.

For those looking to add captions to their content, for both live and on-demand assets, IBM Watson Media is adding support for certain formats or already has support to enable content owners to add this to their video assets.