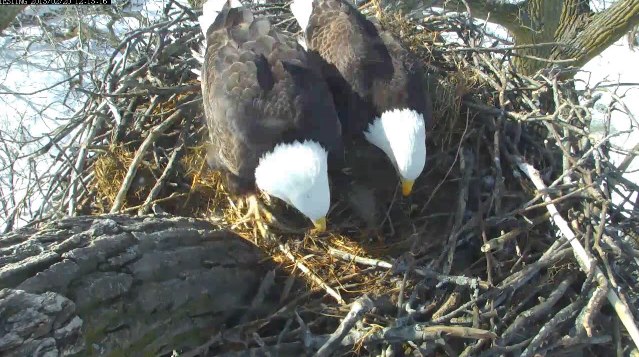 If we had to pick one topic that Ustream viewers can’t seem to get enough of, it’s undoubtedly bald eagles. Our nation’s bird never fails to entice, intrigue and keep viewers returning back for more. With love stories, treacherous falls and nest intruders, watching nesting eagles on Ustream is the real reality television.

This week’s Featured Ustreamer is one of our standout eagle cams: MNbound.com Solar Powered Eagle Cam. Located in south central Minnesota and broadcasting live on Ustream for about 3 years, the MN Eagle Cam is 100% solar powered and has a crisp, beautiful picture. The channel made news last year when one of the two eaglets fell 75 ft from the nest and died. A few days later, the remaining eaglet got stuck in the nest and major drama ensued. With nesting season approaching, this is the perfect time to bookmark the MN Eagle Cam.

Below, broadcaster Mark Wegscheid tells us more about MN Eagle Cam’s unique technical set-up, why they like broadcasting on Ustream and the heroic actions that saved the life of the stuck eaglet last year. 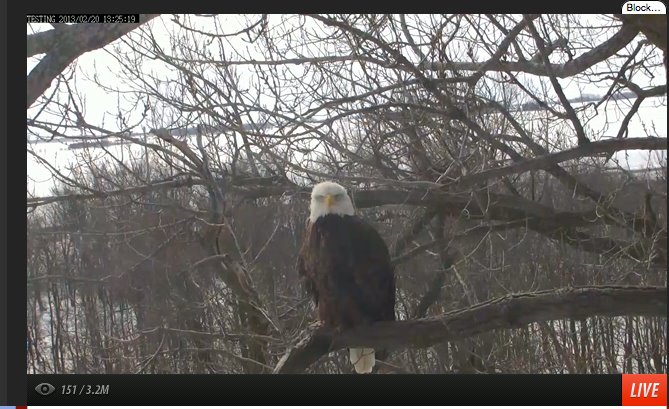 What is your favorite thing about broadcasting on Ustream?

The people you get exposed to! We have met absolutely the most wonderful people through this cam! We have a group of wonderful moderators from around the world and the viewers are great!

What makes your broadcast unique?

The first thing that pops out is that it isn’t a typical set up at all. The equipment is located in the middle of a flood plain surrounded by a river; the equipment cabinets are on custom-fabricated stands to hold the equipment above the water level when it floods. We have solar panels  that are also on a similar stand, all custom-made by us in our shop.

The internet is a wireless connection that passes up to 50 meg through the link, allowing us to provide a crisp 1080 picture. The wireless radio is connected to a 2 ft dish that shoots the signal about half a mile from the site to the top of the Hutchinson Co-op’s elevator. From there, it is relayed wirelessly about 7 miles to another tower where yet another 2 ft dish is located about 150 ft in the air. It is then relayed from the tower to the server and to finally to Ustream. The camera itself is pretty cool, too! It is a mechanical PTZ that can zoom almost half a mile; the shots and clarity are incredible!

The best and worse was last year when one of the eaglets fell from the nest and died. A short two days later, the remaining eaglet was stepped on by a parent and pushed into the rain-soaked nest where he became stuck. There were so many people worried about the remaining eaglet that we were issued a special permit by the Department of Natural Resources to go up into the tree and retrieve the eaglet to save his life.

Myself and a climber from the Raptor center went up to the nest and pulled the eaglet from the mucky nest. It was already infested with maggots and would surely have been eaten alive. We brought the eaglet to the Raptor center where they rehydrated him and nursed him back to health. Twenty-four hours later, we went back up to the nest and put the eaglet back in the nest in hopes the parents would come back. Another 24 hours passed and they had not returned, so we were preparing to go up yet again to retrieve the eagle and raise it in captivity. Literally 5 minutes before we were about to head out, we had Ustream up on our 54” monitor and as the sun was setting on the nest, the parents came back!

Everyone yelled and shouted and a few people even cried. It was incredible and I am sure these words don’t do the experience justice. It was all live on Ustream!

What’s the number one tip or word of advice you’d offer to other broadcasters?

Make sure you have good MODs!

Anything else we should know?

We enjoy every minute of it and couldn’t do it without Ustream!