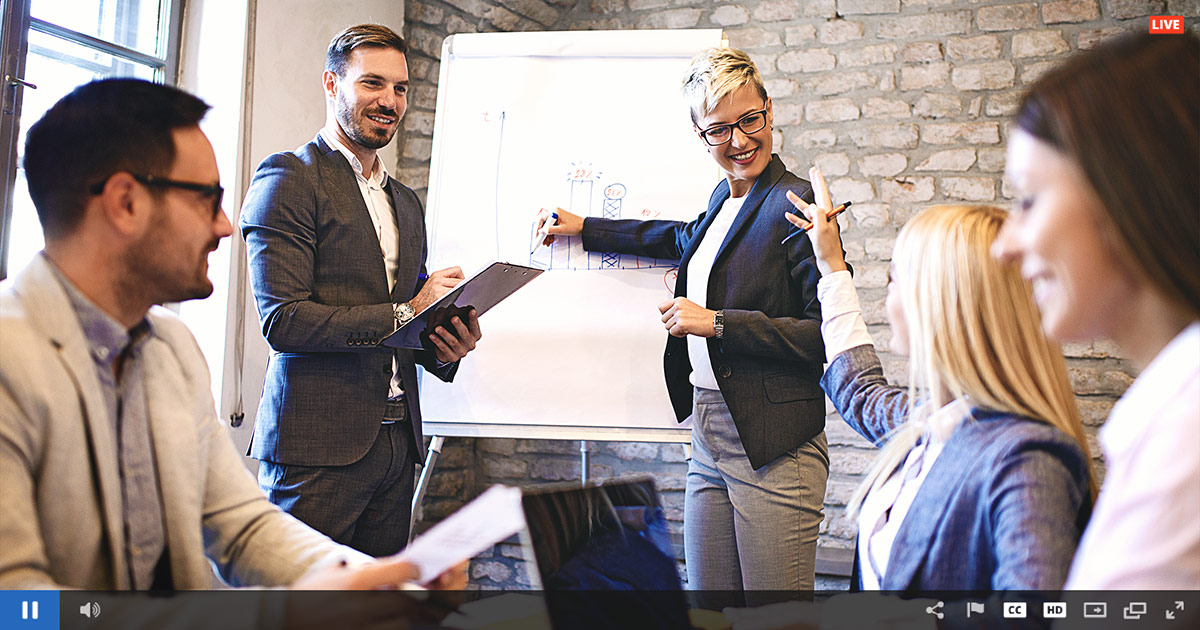 Want to improve the end user experience while simultaneously removing strain on your site’s wide-area network?

Through using IBM Enterprise Content Delivery Network (ECDN) and AT&T FlexWare, companies will get a fully managed service for enabling delivery of streaming video within their enterprises. This encompasses reducing strain on the network for the main offices down to smaller locations to achieve a scalable streaming video solution.

This article covers what is ECDN technology, the benefits of it and why you should be using it with AT&T FlexWare. It also details how it works as part of the overall SD-CDN (Software Defined Content Delivery Network) process. To learn more about this, also download our SD-CDN: Scaling Video Delivery to Reach Massive Audiences white paper.

What is an ECDN?

An ECDN is a virtual appliance that is delivered as a virtual server. It’s installed “on premise” at a location and scales video delivery while removing strain from the WAN (wide area network). In the case of IBM’s ECDN, it works as an extension of the IBM Streaming Manager for Enterprise services. It functions by caching video assets, such as a live stream, to support potentially large, local audiences and mitigate impact on the network.

IBM’s ECDN supports singular or multiple instances of the virtual server appliance, without the need for dedicated hardware. These roll outs can include multiple instances at the same office, for planned redundancies and to utilize built-in load balancing, or to support multiple locations inside an organization. For giant enterprises, this can entail a wide range of locations that might include both huge offices alongside smaller sites for dedicated teams.

To facilitate these setups, AT&T FlexWare allows enterprises to deploy a x.86 hardware platform at premises to run one or more VNFs (Virtual Network Functions). This can include IBM’s ECDN, offering a method to integrate a scalable solution for delivering video streaming at each desired location.

AT&T FlexWare is a managed service that is programmable and highly automated, running on a software defined-enabled core with Network Function Virtualization (NFV) technology. It includes AT&T management of the Universal Customer Premises Equipment (uCPE) platform up through the levels of the hardware, base OS software, hypervisor, virtual machines and service chaining of the virtual machines, which can include ECDN instances.  A key strength of AT&T FlexWare exists around the modular aspect of the service, enabling adding, scaling or changing of network services in an agile manner.

The advantage of using ECDN is a better end user experience while drastically reducing bandwidth consumption over the network.

For the end user in an area that is supported by an ECDN instance, the viewer can more readily watch high definition, high quality content alongside other viewers in that same office. This is achieved through caching video assets, and can translate into large viewership without placing strain on the WAN. For example, 250 viewers all trying to watch a 2mbps (video quality) live stream might normally consume around 500mbps altogether just from watching. With an ECDN instance, that same viewership could watch a higher quality stream, like 5mbps, and have total consumption of less than 10mbps, when accounting for all the various potential viewed resolutions.

The benefit extends beyond the viewing experience, though, as it can also mean less traffic on the WAN, meaning less impact on other processes that require the Internet. To help monitor ECDN instances, a web based portal is also included that showcases real-time usage. This includes being able to look at multiple instances within the same ECDN setup as well. 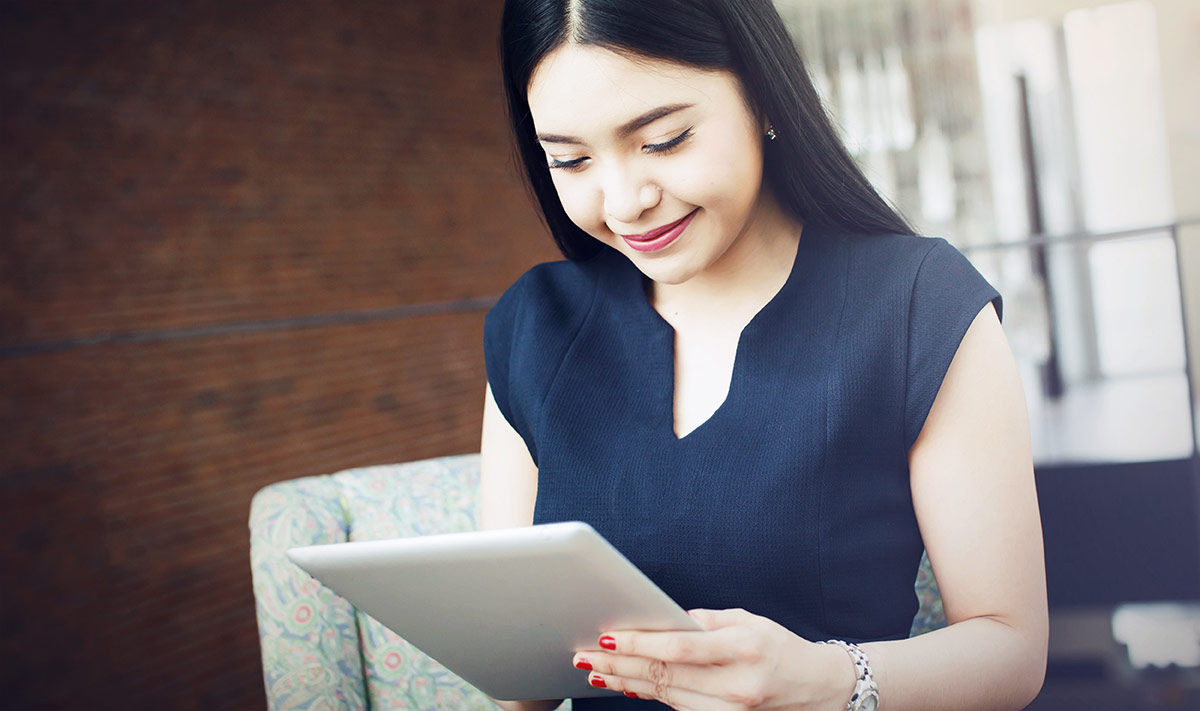 The IBM Streaming Manager for Enterprise service that ECDN is a part of also includes live transcoding as well. This takes traditionally an RTMP (real time messaging protocol) feed, sent by an encoder, and transcodes it. This has several benefits for the end viewer. The first is that the video content can be delivered without using Flash technology. As a result, the streams becomes compatible across virtually any device, including tablets and smart phones.

Another benefit is that the live transcoding is also used to generate adaptive bitrate streaming, the process of changing between different resolutions and bitrates. Adaptive streaming helps support people across a variety of connection speeds, in case the viewer is experiencing buffering due to available download speed.

What happens to viewers out of range?

ECDN is meant to broaden viewing options and increase overall scalability. This means someone out of range of an ECDN instance, such as working from home or at a trade show, could still watch important streaming content if they needed to. In this case they would just be going through a regular CDN, through the SD-CDN (software defined content delivery network) process at IBM. In fact, ECDN works as part of the overall SD-CDN technology.

Now SD-CDN is a robust aggregator solution specifically designed toward improving video delivery. It combines multiple CDNs and works in tandem with ECDN instances as well. It’s built around providing quality of service (QoS) to viewers by adding a software defined process that is dedicated to improving their experience. This involves receiving streaming performance data and optimizing based on this. For example, once a viewer starts to buffer the system would detect this and start to change sources available to resolve it. Part of this includes adaptive bitrates, but also as part of the SD-CDN process includes changing between different delivery networks as well. So a viewer on one CDN would be switched to another to see if that improves performance.

IBM ECDN and AT&T FlexWare work with virtually all IBM video streaming and enterprise video streaming features. This includes aspects like live audience polling, dynamic video playlists and the real-time monitoring console. A wealth of other metrics capabilities, from real-time data to individual viewer tracking, is also provided and compatible as well. These reports can be found inside dashboards or exported as CSV files if needed.

Among the compatible features are also those that showcase the IBM Watson technology such as utilizing AI for converting speech to text to generate captions. These are then used for search within the video player. This can bring a viewer to a specific moment in a piece of content where something was mentioned, based on their search query.

IBM ECDN and AT&T FlexWare offer a way for organizations to get all of their offices enabled for scalable video delivery. This includes integrated benefits from IBM, ranging from QoS methodology to value adds like in-player video search. In addition, all of this is achieved without having to dedicate an entire server to smaller offices, making it possible to have robust, internal video solutions throughout an entire organization.

For more information on IBM ECDN and using it with AT&T FlexWare, contact us.