The walled industry that is TV is about to be disrupted in a serious way.

On September 9, 2015, Apple CEO Tim Cook announced the dawn of a new era in television when he launched the latest version of Apple TV, stating that: “the future of television is apps.” With the new version of Apple TV, you’ll be able to customize your Apple TV homescreen with the apps that you use most, adding new ones from an Apple TV app store will offer thousands of apps. Reviews from around the world, including Bloomberg Business, are already calling Apple TV a “game-changer,” saying it will change the way people discover and consume entertainment.

With the new Ustream SDK for Apple tvOS, Ustream customers can develop apps for Apple TV that can play live and on-demand video content inside the beautiful Apple TV interface. Now, any content can be available on the TV inside people’s living rooms. 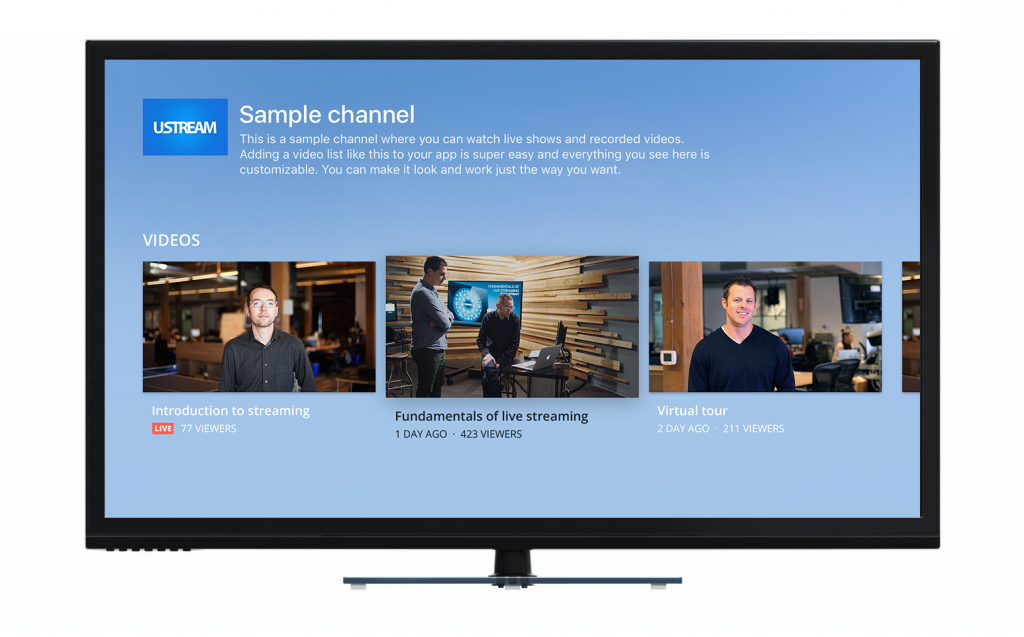 Business Blueprint is Australia’s leading business education company. In early August of 2015, they launched “The World’s First 24 Hour Small Business Channel”, using Ustream’s player to expand beyond Australia and reach a global audience with their educational programs. Dale Beaumont, CEO of Business Blueprint, describes their results: “Currently we have been broadcasting 24 hours a day for 6 weeks. We’ve learned a lot about how to run a 24/7 channel and we are pleased with the results. We now have clicked over 18,000 subscribers.”

Available via their web app, businessblueprint.com, Business Blueprint’s content can be accessed on any smartphone, tablet, or computer. Beaumont and his team recognized the enormous opportunity presented by Apple TV and began working with Ustream to make their service available on the new platform.  “Ustream was the obvious choice for us. We knew that they would be the first to respond to the new opportunities offered by the Apple TV.” said Beaumont. “Our development team has worked really hard to reformat our web app so that it works on tvOS. Thanks to the support of Ustream, we are now ready to begin our submission to the new App store.” 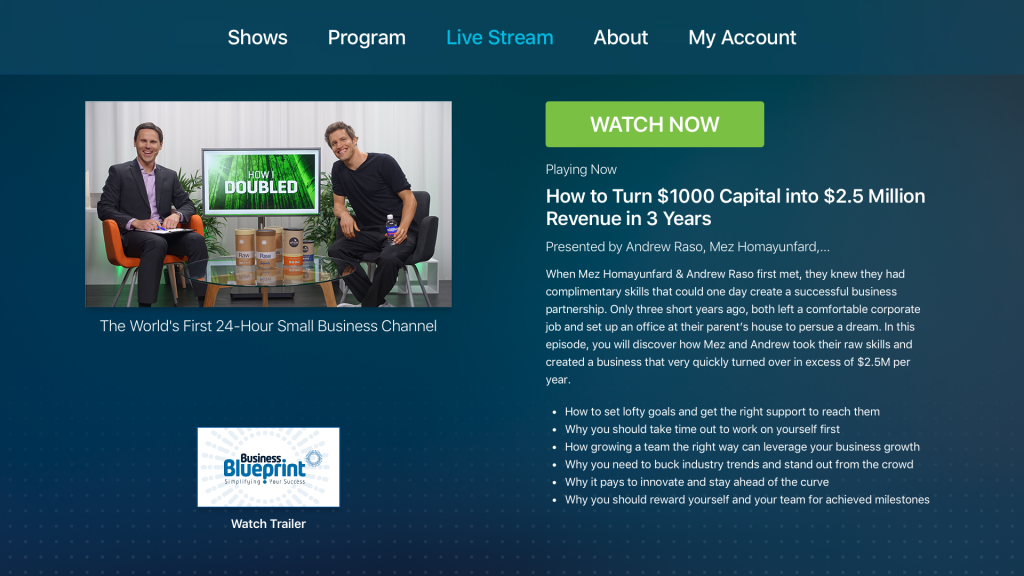 “We are extremely pleased with the result. It looks beautiful and most importantly it works! Our hope is that thousands of new people will get to see and experience our Business Blueprint channel and we can continue help more entrepreneurs around the world.”