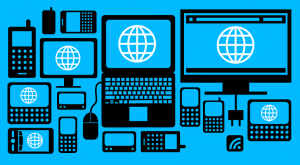 Once upon a time, there was radio. Then came network TV. Then came cable. Then came satellite. Now the FCC is pondering a rule change that could move streaming video one step closer to taking the next seat at this table.

According to Streaming Media, FCC chairman Tom Wheeler has proposed an update to the Commission’s definition of multichannel video programming distributor (MVPD). The new rule would give streaming video services the same powers as cable and satellite companies to gain broadcast and cable content — similar to the change made in 1992 that gave satellite providers parity with cable.

“Today I am proposing to extend the same concept to the providers of linear, Internet-based services,” Wheeler wrote, “to encourage new video alternatives by opening up access to content previously locked on cable channels.”

Just this week, U.S. President Barack Obama joined supporters for what has come to be called “net neutrality” — the idea that service providers should treat all data equally. “This is a basic acknowledgment of the services ISPs provide to American homes and businesses,” the President’s statement reads, “and the straightforward obligations necessary to ensure the network works for everyone — not just one or two companies.”

If approved, the FCC’s move would let streaming-only bundled services compete more effectively by including content now standard to basic cable subscribers. That’s good news not only for streaming video providers, but also for consumers who want a wider range of choices.

Read more in Streaming Media’s blog post or download the Wainhouse whitepaper to learn more about the power of live video.